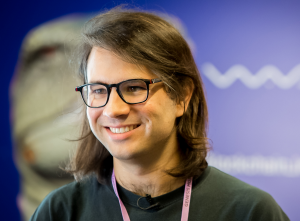 The vocal, zealous supporter and researcher at Ethereum Foundation, Vlad Zamfir is drawing a line. Taking to Twitter on Oct 23, the developer made it clear that he will not work with individuals or companies that are associated with Facebook’s Libra and those who support the Open Libra project.

Acknowledging that his decision could be consequential for his reputation, he says that the whole discussion around Libra and their veiled intention is political.

Confident, Vlad adds that there is no doubt that cryptocurrencies and blockchain solutions will be adopted in the longer term. His objection was how some blockchain projects as Libra will turn out to be, questioning their eventual legal and political realities.

“I am not going to work or associate with anyone who supports Facebook’s Libra project or “not facebook’s” OpenLibra project. I’m sorry about damage to my personal and/or professional relationships that this may cause, pls understand; this is political. Adoption is going to happen, no question about that. The question is what the protocols will be, and what will be their legal and political realities. “

Facebook and a conglomerate of more than 25 billion-dollar companies want to build a stablecoin, Libra, that will be pegged against a basket of currencies including the USD and securities drawing the attention of regulators who are firmly against their idea. A brainchild of Facebook, the stablecoin will be global and the cartel’s headquarters based in Switzerland, not the US.

Given the backlash and discourse since the announcement, it is apparent that Facebook is not getting any love. There are regulatory headwinds regarding the composition of the Libra Association, their ambitious objective and privacy concerns are given the many data scandals and political entanglement. Recently, Facebook was fined $5 billion for its role in Cambridge Analytica.

In two highly publicized congressional hearings, Libra’s representatives were grilled by congress leaders who questioned their policies and sought explanations as to why the Libra Association had to oversee the Libra project.

Policymakers amped their criticism, reaching a Crescendo on Wednesday when Mark Zuckerberg was laid on for six hours, and further questioned by a California Rep. Maxine Waters about their Facebook’s cavalier attitude. She urged Facebook to halt their plans and instead first focus on addressing their weaknesses.

Vlad’s position that Libra is not a technology project has garnered support from several quarters. One user said he is willing to “advocate for the path that minimizes Libra’s chances of success.” A way of doing that, he explains, is to build Ethereum which is “fighting so that the global financial infrastructure will never be the private property of Mark Zuckerberg.”

The post Here’s Why Ethereum Researcher Vlad Zamfir is Saying No to Facebook’s Libra appeared first on Coingape.