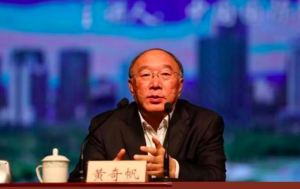 Libra Is Delusional And Bound To Fail

Huang Qifan, the former mayor of Chongqing weighed in on the much controversial Facebook cryptocurrency while expressing total optimism that China may be the first nation to launch a digital currency, a policy which may eventually be nurtured by many other countries in the long run.

According to Qifan, Facebook Libra is delusional and will never see the light of day. He made this known on Monday while speaking at the Bund Summit, a financial conference in Shanghai.

“Some companies are trying to challenge sovereign currencies by issuing bitcoin and Libra – this is delusional to me,”

“If commercial companies can issue various currencies, this world will be in chaos. That is equivalent to returning to the primitive society. This is ridiculous, so I personally believe that Facebook’s Libra would never be a success.”

Qifan maintained that private organizations are trying to erode the rule of sovereignty by issuing decentralized blockchain-based currencies of which Libra and Bitcoin are typical examples. Qifan’s testimony about Libra joins the global oppression and antagonistic comments attracted by Libra ever since it was introduced mid-year. Apart from regulatory instances which have posed serious stumbling blocks ahead of its launching in 2020, many prominent members of the European Union, central banks and big financial institutions have all made a show of disagreeing with the innovation laid out to bank billions of unbanked citizens globally.

China May Be The First To Launch A National Digital Currency

In opposition to the potential sovereignty of Libra, China is among the countries hurrying to launch a digital currency in order to discourage the widespread of the much controversial Facebook Libra. According to Qifan,

“For sovereign states, the best practice is to issue sovereign digital currencies through the government and the central bank, ” “The issuance of digital currency should be linked to sovereign credit, national GDP, fiscal revenue, and gold reserves.”