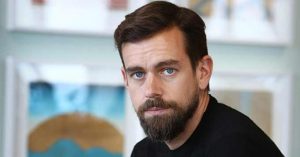 “Hell no,” says Twitter Founder Jack Dorsey on joining the Libra Association. He also added that Libra is not a cryptocurrency.

In a recent interview with Buzzfeed, the Founder of Twitter and Square Inc. noted that Facebook was “completely incorrect” to label Libra as cryptocurrency.

Joseph Lubin, the co-founder of Ethereum, also criticized Mark Zuckerberg on his testimony before the US Senate on Tuesday. He reiterates the argument that Facebook’s aim to launch Libra is to gain financial supremacy by its Calibra Wallet. He tweeted,

Mark, instead of co-opting decentralized technology and dumbing it down, why not work on contributing to something where thousands of people are already making progress?

Crypto-Twitter has also criticized Zuckerberg for trying to serve the interest of various stakeholders. This includes the US Government, users, crypto-enthusiasts, and other governments as well. By introducing a basket of assets, Facebook’s ambitions are beyond far-reaching.

Moreover, in all of this, introducing a blockchain simply does not make a cryptocurrency. And, financial freedom cannot be achieved by creating a diversified portfolio. Decentralized control forms a considerable part of what cryptocurrencies like Bitcoin and Ethereum are selling.

On the regulatory front, one thing that is working in favor of Facebook is the threat of dominance of the Chinese Digital Currency. However, the government seems to be taking a structured approach in regulating stablecoins as ETFs.

Dovey Wan, a crypto-analyst, also criticized Zuckerberg for playing “the China Threat card to FOMO the US gov.”

Moreover, there are already umteen USD backed stablecoins in the market, including USDT, USDC, and so on. Hence, Facebook aims to capitalize on its user base to increase the use of Libra. However, it could also join hands with several already running projects.

See, for example, stablecoins such as $DAI, USDC, and USDT, which are price-stable financial instruments that have been remarkably stable even under challenging conditions.

The Future, according to Jack?

Jack has been working on the Square App to provide financial services such as payments, loans, and investment. Bitcoin and Crypto constitute a vast portion of Square’s services.

Furthermore, he has also promoted the Lightning Network (LN) on Bitcoin for tipping and micropayments. At the interview, he reaffirmed his belief and noted that payments to articles and news would move to a micropayment model via LN. He says.

Do you think that Facebook’s crypto is generating more hype than it should? Please share your views with us.