Bitcoin’s storied birth, which featured the dramatic inclusion of a headline from The Times in the first genesis block as text, saying

“The Times 03/Jan/2009 Chancellor on brink of second bailout for banks,”

was a result of the 2008 financial crisis that sent shockwaves around the world. While people were losing jobs as a consequence of the lax standards of banking companies, Satoshi Nakamoto was busy inventing Bitcoin, the first and most dominant of cryptocurrencies. From being the darling child of cypherpunks and the tech-loving, Bitcoin was only $0.003 in 2010. Only 9 years later, it is now worth just over $10,000.

And now, after the very banks that it competes with have begun to enter the same space, Bitcoin undeniably stands as an emerging asset class that is set to re-envision how financial capital is distributed. We examine the cryptocurrency ecosystem from this perspective, and how it distinguishes itself from traditional financial asset classes.

Digital Assets: Better in Almost Every Which Way 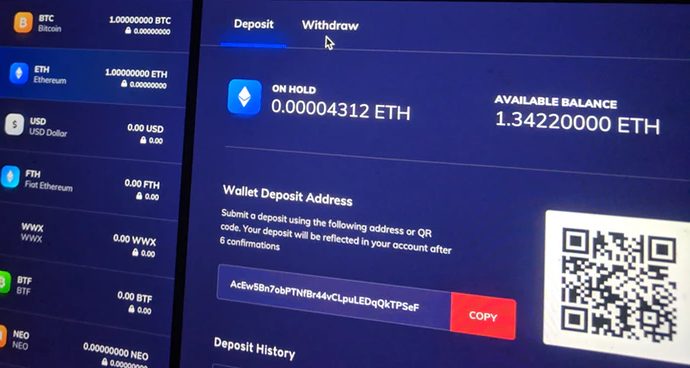 Bitcoin has grown remarkably quickly in the past decade and growth comparisons with the stock market are often made to indicate the strength of the asset class. Banks, governments, and startups have already conceptualized and executed pilot programs that demonstrate the benefits associated with using Decentralized Ledger Technologies (DLTs) namely the cost reduction, the greatly diminished international transfer times, and increased security of assets.

A lack of trust in incumbent financial services providers is also a growing theme, as noted by American consultancy firm, Edelman, which found that trust in the financial services sector was at a mere 57%. Weak economies which suffer from hyperinflation have also seen an ever increasing level of adoption of cryptocurrencies, which circumvent the consequences of hyperinflation.

Several banks have piloted blockchain-based programs, chiefly in the area of cross-border payments, which has been a pain point for all stakeholders involved. Transfers undertaken on traditional systems like SWIFT can take many days or weeks, and are accompanied by a heavy fee. As a vindication of the potential of cryptocurrencies, more than 200 financial partners have joined Ripple’s RippleNet, which facilitates cross-borders services at a fraction of the cost and time. Ripple’s XRP token, xCurrent, and xRapid products have been noted as being a significant upgrade for existing banking services.

Since Bitcoin’s forging in the despair of the 2008 economic recession, it has continued to hold its original principles of being a money for the people, by the people. Financial inclusion is an important driver of Bitcoin’s development – and in a world where 1.7 billion adults lack the documentation – the “unbanked” – to access even the most basic of financial services. Bitcoin is touted as being the answer to this problem, letting the unbanked access financial services with only a mobile phone and an internet connection. Consequently, it not only aids the unbanked, but brings them into the global economy.

Decentralized Finance, commonly called DeFi services, is a particular niche that is worth mentioning. Effectively just regular financial services, but with all of the benefits associated with decentralization, the DeFi market is already nearing $1 billion in locked funds. From traditional investment/trading services to securities and tokenization, the DeFi market has stood as one of the most significant in terms of the benefits it can have for the average individual, giving a vastly greater access to financial services from the comfort of their home.

Having said this, the blockchain and digital assets still does have hurdles to overcome. While decentralized applications (DApps) and smart-contract based platforms, also two key developments in the space, are showing much promise, user-friendliness and a moderate technical understanding still seem to be holding back adoption. These problems are however being solved, and even companies like Samsung and HTC have released crypto-friendly phones with in-built wallets and DApp marketplaces. As a greater number of established entities build services around the digital assets space, so should adoption increase.

Fortunately, this embrace of blockchain technology is indeed happening, with lawmakers, financial institutions and enterprises also keen to test and execute related initiatives. As the basic infrastructure for the industry falls in place, combined with the contributions of the aforementioned entities, it will not be long before cryptocurrencies become a more common experience.