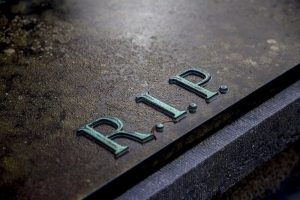 Per a recent report by CoinCodeCap more than 2000 crypto projects and 640 currencies have not published a single line of code in 2019, thus, making them dead projects or dead cryptocurrencies.

The report mentions that exchanges are not carrying out due diligence and exposing customers to projects which will not be beneficial in the long run. The study analyzes more than 300 exchanges and found that 7 exchanges have listed over 1000 dead cryptocurrencies. Crypto exchange CREX24 topped the list with 179 dead crypto projects. One of the leading exchanges IDEX has also listed 158 dead projects of its total of 763 cryptos listed.

Interestingly, leading exchanges Binance, Bitfinex and Poloniex list only a few dead coins. The numbers stand at 11, 7 and 7 respectively. This implies that the leading exchanges do their fair share of due diligence when listing coins. Furthermore, the report gave a clean chit to Coinbase Pro which had no dead coins listed

Is Cryptosphere Becoming A Collection of Dead Coins?

A recent report by Longhash that how the crypto ecosystem is becoming replete with coins that have little to no business value. Furthermore, the report alleges that over 1000 coins are dead. The reasons listed for the same are scam projects. The life of such projects has been limited to a period of 12-18 months.

Be it dead coin listing or allegations of wash trading time and again crypto exchanges have been subjected to several controversies. A recent report by Blockchain Transparency Institute revealed that OKEx and Bibox led exchanges with the highest percentage of wash trading. Interestingly, the fake volume of these exchanges exceeded 75%. However, their real volumes are high enough to get them a spot in the Top 20- consistently.

It will be interesting to note how these exchanges will respond to the report findings. Let us know what you think in the comments below!