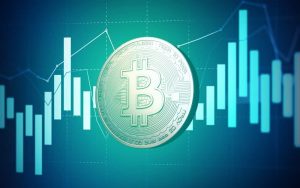 It is like watching a recap, the CME Bitcoin futures index essentially replicated the same bullish movement, but on a shorter timeframe.

Expert trader and chart analyst, Peter Brandt, noted hours before the CME opened for business, that the “contract was poorly designed and implemented.” He referred to the gap that the contract price would produce as a result of the weekend price move.

On CME, the price of Bitcoin is defined by the CME CF Bitcoin Reference Rate (BRR). The reference rate is calculated as an aggregate of price on major spot exchanges within an hour.

However, despite the BRR, the price on the US derivates exchange broke above $10,000 after opening at $9700. Hence, the design does seem flawed after an extend.

Moreover, CME also influenced the overall price of Bitcoin. The highest price recorded on spot exchanges like Bitstamp and Coinbase during the price move was $9950 and $9939.

In technical analysis, the occurrence of a ‘gap’ in the price chart of assets acts as powerful indicators of price movements. A positive gap between the market close and opening could be due to sudden news or (over-night or instantaneous) change in the fundamentals of a stock.

While the real surprise surge in Bitcoin’s price happened on Friday, the recap move on CME seemed rather odd. The market already seemed to have absorbed the Xi Xinping and the increased blockchain adoption from China. Therefore, the break could have happened due to massive short liquidations on CME as well.

Crypto-trader Josh Rager tweeted about it on Saturday, saying,

The trading volume of CME is around 20,855 BTC, about $200 million at current prices. The short liquidations on further pushed the price of Bitcoin. Nevertheless, the traders would have already prepared for such a move in advance.

Furthermore, gaps are usually filled towards by an equivalent move on the opposite side in due time. However, this is characteristic of a difference that would only partly satisfy here, as massive buy orders did not create the gap. It was due to a time-lapse between the opening and closing of a particular exchange.

Do you think the CME Bitcoin gap would further influence the price? Please share your views with us.