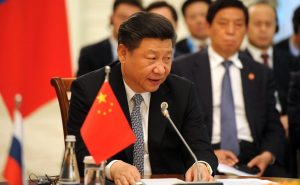 The Chinese president, Xi Jinping in an organized study session said that the communist party should use blockchain technology for important innovations and also take steps to accelerate the development of the same.

Will China emerge as a Blockchain Leader?

Jinping lauded blockchain in a meeting with the political bureau of the party’s Central Committee. The latter is a part of the workshop organized by the Central Committee which seeks to enhance the current state and future development of blockchain technology. Interestingly, it is the first time the party’s central committee has come together and decided to collectively study blockchain.

He further mentioned that with the acceleration in the process of standardization of blockchain research China will gain more power in setting standards and rules internationally. Furthermore, he believes that it will be of great importance to the real-world economy and help in solving problems in existing banking and financial systems.

Xi Jinping further said that relevant departments and their responsible leaders should pay attention to the status quo and give inputs in the improvisation of the technology.  He emphasized that there is an emerging need for a system that eases the adoption of blockchain technology. This will help in guiding and promoting blockchain developers and platform operators to strengthen industry self-discipline and implement safety responsibilities.

Will the communist party design a framework for innovating on blockchain technology? Let us know, what you think in the comments below!

The post China’s President Wants The Country To Be A Global Blockchain Leader appeared first on Coingape.