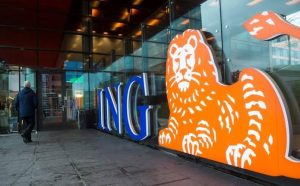 According to an article published by Think, the Chief economist  of popular Dutch bank ING, Mark Cliffe, as well as the lead economist for digital finance Teunis Brosens, has said that central bank’s digital currencies are inevitable and may become a reality within the next 5 years.

According to Dutch bank ING’s financial and banking experts, it is most likely that a “full-fledged central bank digital currency is coming”.

Amid growing controversy about the role of cryptocurrencies to the future stability of global financial markets, maybe it’s time for central banks to rise to the challenge. We might well see a fully-fledged central bank digital currency emerge within the next five years.

China is a country which may soon see a central bank digital currency as People’s Bank of China prepares to launch it soon. According to a report by TNW Hard Fork, though we might be able to “get rid of hard cash and notes” altogether, this upcoming trend of central banks launching their own digital currencies will do more harm than good to users.

One typical disadvantage is that consumers will totally lose the anonymity involved with the current system of paying with cash. With Central Banks’ controlled digital currencies, transactions will become completely traceable for authorities.

Although no one Central Bank digital currency has been launched at present, officials at Dutch bank ING’s and many other industry players believe it is not impossible to achieve it soon. At the head of the movement is the People’s Bank of China’s decision to launch a digital currency next year. According to several reports, the bank has bolstered efforts to ensure the successful launching of the Central bank digital currency next year. Recently, it was in the news that PBoC began a hiring spree of blockchain professionals in order to help the development process and ensure a successful developmental stage before the launching.

The post Central Bank Currencies Are About to Come; Will Do More Harm Than Good – Dutch Bank ING appeared first on Coingape.