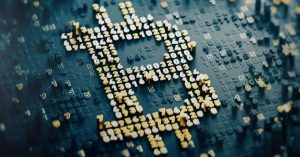 According to data provided on Blockchain.com, Bitcoin’s 7-day average hash rate is oscillating around 98,000,000 TH/s representing a seven times growth for the hashing power compared to Bitcoin’s bullish trend period in December 2017. Bitcoin’s hash rate is a measure of the power needed to mine Bitcoin blocks and keep the blockchain functional.

Bitcoin’s hashrate is over 7 times larger than it was during the peak of the bull run when price was at an all-time high in 2017. 🔥

Bitcoin’s price however is lagging behind the impressive hash rate growth in the past 2 years – trading 55% lower than its all-time high price of $19,800 USD.

The spike in Bitcoin’s hash rate is a direct effect to the increasing number of miners trying to get their hands on BTC and the increased production of powerful ASIC miners. An increase in hash rate implies an increase in mining difficulty (as seen in the chart below) which is a good sign for the security of the blockchain.

The explosion of Bitcoin hashrate is under-reported imo.

We are about half way through the current readjustment period, and on track for another 11.85% increase.

Increased difficulty coupled with a reduced supply of BTC, is a recipe for a massive bullish momentum after the halving. Currently, the price of BTC stands in the $8,200’s region with the daily charts forming a rectangular pattern that signals a possible reversal in price towards the $6,400 region before an explosion in price.