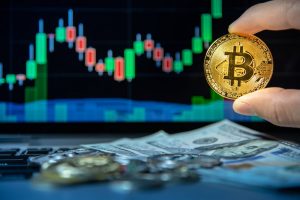 Bitcoin is yet to bottom out following the current trends, as more price analysts ponder on the short term movement of its price. Since testing resistance levels at $13,800 USD in July, BTC bulls have relinquished their strength as the price fell below the $7,800 support levels earlier in the week. BitMex XBT Futures have since recovered from October lows at $7,749 ascending to $7,950 as at the time of writing.

However, the joy of holding out above its monthly lows at the $7,700s will be short-lived if the bearish technical indicators come to fruition. Since testing the $8,800 resistance levels earlier in the month, XBT futures bulls have struggled to hold out above the $8,000 level with analysts predicting a possible correction in price towards the $6,500 support level.

Looking at the daily charts, there is a bearish momentum building upon the pioneer cryptocurrency as the price forms a falling wedge pattern. This indicates an ongoing bearish market with a possible reversal in momentum if the price breaks above the falling wedge resistance level in a bull market. It is a bullish signal if the price closes above the key resistance levels at $7,800 and $7,600 and tests major support at $7,500 USD in the coming month.

#Bitcoin: I opened short positions above $8,400 when we rejected resistance and showed lots of bearish signals!

I’m keeping my shorts open for now but will be switching to longs only If $BTC can break out of this potential falling wedge, and close above on the daily. pic.twitter.com/onw7JdY7dX

From a technical analysis point of view, the market does not look too rosy for the BTC bulls in the short term as indicators signals upcoming bearish momentum.  A further downtrend in price ensues as the price is set to test the key support levels at $7,800. A break below this key support may further press down the price towards the major support levels in the mid $6,000s.

The Moving Average Convergence Divergence (MACD) line is above its signal line but the bullish divergence has narrowed down signaling a possible bearish momentum. A bearish reversal is on the horizon as MA death cross also forms on the daily charts with XBT Futures pair bottom yet to be reached. The downward push in XBT Futures signals price will bottom out at $7,500 in the coming days or a wild swing to the $7,100s by the end of the year. You can use an automated platforms like Bitcoin trader to keep track of all price signals.

The bearish sentiments in the market were further reiterated by gold bug, Peter Schiff who believes that BTC’s price is headed to the $2,000 levels in the near future. In a tweet on Oct.19, the CEO of Euro Pacific Capital said Bitcoin’s chart “looks horrible” with the price expected to drop to $6,000 in the short term. Furthermore, he says a head and shoulders pattern is completing its formation signaling a possible rise to the $14,000 region before crashing by 80% in the near-long term.

The Bitcoin chart looks horrible. Not only does the flag that followed the recent breakdown project a move to $6K, but we are close to completing the right shoulder of a head and shoulders top, with a $14K head, and neck line just below $8K, that projects a collapse to below $2K!