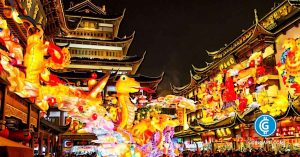 Per a recent tweet by Dovey Wan, founding partner at Primitive Crypto, Local Guangzhou government has announced a 1 B RMB (~$150M USD) government funding. The funding will be given to outstanding blockchain projects as a blockchain subsidy. The latter is a port city in China.

The document first proposed that the state encourages the establishment of a blockchain industrial fund of 1 Billion Yuan to attract social capital agglomeration. Furthermore, it suggested that it will provide enterprises with multi-level services such as angel investment, equity investment, and post-investment value-added. Subsequently, the state aims to establish a multi-base distributed financial ecosystem. However, the document added that the fund will be initiated by the state-owned enterprises and the plan will be studied separately.

The newly upgraded blockchain support policy will focus on supporting key core technology and provide for safe, transparent and reliable technical support for digital economic development. The government will sponsor 2 projects every year. The projects can be either public chain or federated chain projects. However, the announcement has an ambiguous definition for a public chain. As the latter defines a public chain as one without token and its not very clear if such a chain exists. A part of the announcement states,

The subsidy level for the same has been set at $500K for a federated chain and up to $1.5M for a public chain without a token. The scheme further includes funding for dApp dedicated public services and training local universities. Furthermore, the district plans to deepen the application of blockchain convergence. The laid out policy document suggests that 20 enterprises or institutions demonstrating use of blockchain in projects and information services will be selected each year. Subsequently, it will provide for subsidies, which are 50% of the actual payment fees.

The step taken by the Guangzhou government will be of great benefit and will help ease talent retention and attraction. It is likely that other governments all follow the same suit.

China on A Pro-Blockchain Drive

A recent industrial study by China Electronic Information Industry Development (CCID) revealed that there are over 700 blockchain enterprises in China, with over 500 relevant investments. Out of these 700 blockchain companies, 83 are research institutions and 34 are banks. Further, the study revealed that  12 blockchain policies have been issued by the state and various ministries and commissions in Q2 2019.