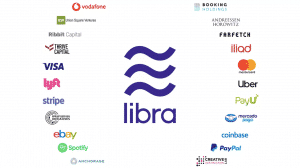 Booking Holdings Inc., an online Travel company and the operator of Kayak.com and Priceline.com is the latest to withdraw from project Libra.

7 Inaugural Members Back Out of Libra Project

Interestingly, Bookings was one of the two dozen companies that expressed initial interest in participating in the project. The departure of the firm implies that seven of the 28 inaugural Libra Project members have now withdrawn from the Libra Association.

An eBay spokesperson  then said,

“We highly respect the vision of the Libra Association; however, eBay has made the decision to not move forward as a founding member. At this time, we are focused on rolling out eBay’s managed payments experience for our customers.”

A Stripe spokesperson also spoke about Libra’s high potential and said that the company might again work with the Libra Association at a later stage.

“Stripe is supportive of projects that aim to make online commerce more accessible to people around the world. Libra has this potential. We will follow its progress closely and remain open to working with the Libra Association at a later stage,”

The Libra Association has planned to meet Monday at its headquarters in Geneva to finalize the association’s membership. Furthermore, Facebook Chief Executive Officer Mark Zuckerberg plans to announce some decisions at the House Financial Services Committee on Libra, among other topics.

Zuckerberg will be the sole witness at the hearing at the 23rd of October, which is titled, “An Examination of Facebook and Its Impact on the Financial Services and Housing Sectors.”

In July, Chairwoman Waters and other Committee Democrats sent a letter to Facebook. In the letter, they requested an immediate moratorium on the implementation of Facebook’s proposed cryptocurrency, Libra, and digital wallet, Calibra.

With so many members backing out of Libra and intense regulatory pressure from the lawmakers, the launch of Libra looks far-fetched.

Will Libra manage to overcome hurdles and launch in December of 2020? Let us know, what you think in the comments below!