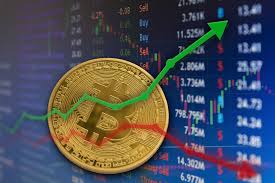 Bitcoin recently broke the resistance at $8000 and the top cryptocurrency now barely rests above that level. After such a bullish breakthrough, the pace-setter cryptocurrency has continued to maintain a spot above $8k and according to analysis, further bullish pattern is slowly forming and Bitcoin may eventually get a spike to $8,800.

The Bullish BTC Analysis By CryptoWelson

According to cryptocurrency analyst and trader going by the name CryptoWelson on Twitter, there is a bullish possibility which may take the price of Bitcoin to the $8,800 level. The analysis identified a support level close to $8k which must be surpassed in order to continue on the bullish trajectory described by CryptoWelson. According to him, if BTC surpasses that support, then that will initiate a bull channel in which BTC is expected to gain about 10% before the end of the week.

#Bitcoin could be forming a bullish channel. 🤑

A break below the green line would confirm the bearish scenario! pic.twitter.com/HovkL6B5wB

The Other Side Of The Coin

Although CryptoWelson sounded quite bullish about the short-term price movement of BTC, he also stated a condition that might cause a reversal of the bullish trend. Expressing the possibilities of a bear market in days to come, CryptoWelson predicted that a break below a supposed greenline ($8k level) would confirm the next bearish movement which will send BTC further downwards.

BTC opened a 24-hour trading period at around $7,999.61. BTC slowly climbed the $8k level and maintained its price above the area hitting $8,091 within the next two hours. The momentum only grew as BTC pushed into the $8,100 region at the early hours of Thursday, gaining about 1.5% since yesterday. At the time of writing this piece, BTC is changing hands at $8,105.

There seems to be a wide bullish sentiment around the price of Bitcoin lately. With many analyses pointing to a bullish possibility in the short term, another bitcoin trader predicts that bitcoin will eventually take off towards $9k. Although the trader, simply known to run a Twitter account under the name Crypto Trading Africa presented a bearish outlook which, if actualised, may see bitcoin losing about 2% from its current price before the run to $9k.

Possible turn out of event on the BTCUSD 1H chart!.. I bet we may retest $7800 before taking off to $9k zone#crypto #altcoins #trading #btc $RVN $XRP pic.twitter.com/KBbFz7LSI9