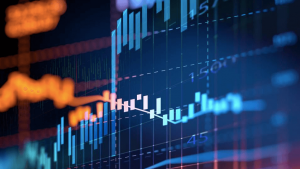 Bitcoin broke the recent trading range between $8,400 and $8,400. The movement to the upside was acutely limited while the support at $7,800 had been numerously tested. The nerve-wracking bearish momentum on Wednesday saw Bitcoin price gravitate under $7,500. The price extended the lower leg to $7,300 before sprinting upwards to 7,533.15 (on Coinbase).

Lack of momentum to sustain the correction led to the adjustment witnessed on Thursday. For now, BTC/USD is teetering at $7,437 while holding above the short-term support at $7,000. The momentum has renewed a downtrend interest that could see Bitcoin test $7,200 for the first time in six months.

Bitcoin price is also holding ground above the Bollinger Band four-hour lower curve. The width of the indicator shows that the volatility is still high but also shrinking. If Bitcoin breaches $7,300 support, chances of testing $7,200 will be quite high. However, the drop will be unprecedented as a bounce is expected to occur.

Technical Indicators such as the Relative Strength Index (RSI) are oversold. Therefore, there is a likelihood of Bitcoin reversing the trend towards $8,000. Besides that, the traders should be aware that price control will remain in the hands of the sellers in the near term. This will allow the battered bulls to gather strength and create more demand for Bitcoin.

RSI: Recovering from the oversold conditions

The post Bitcoin Price Analysis: BTC/USD First Support Holds But What About $7,200? appeared first on Coingape.