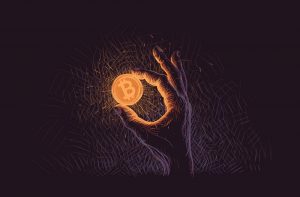 Bitcoin reacted positively to the new week’s rally that saw it correct from $7,800 support area to highs above $8,300. The recovery a weekend session where most cryptocurrencies were depressed by renewed bearish momentum.

Looking at the four-hour chart, the bullish leg on Monday thrust Bitcoin above the descending trendline resistance at $8,000. This move allowed for more action above past the 50 moving average. Further correction north tested the 23.6% Fib retracement level taken between the last swing high of $10,369 to a swing low of $7,688.

Action to the north was cut short with Bitcoin reversing the trend and leaving $8,400 untested. Also limiting the gains to the upside was the 100 MA marginally above $8,400. At press time, Bitcoin has retreated to test the tentative support at $8,200. The 50 MA is also offering immediate support at the same zone.

The reducing gape between the 50 MA and the 100 MA suggests that the bulls have the upper hand in spite of the correction. The relative strength index (RSI) in the same four-hour range signifies a likelihood of sideways trading taking precedence.

From a different perspective, the intraday rates suggest taking into account the volume and the volatility suggests that Bitcoin has a bearish inclination. The prevailing trend remains to be strongly bearish. On the brighter side, if the price stays above the 8,000 or $8,200, focus on $8,400 resistance and $8,600 target will be possible for the bulls.

Trend: Strongly bearish in the short-term.

The post Bitcoin Price Analysis: BTC Stalls But Is The Rally To $8,600 Still Viable? appeared first on Coingape.