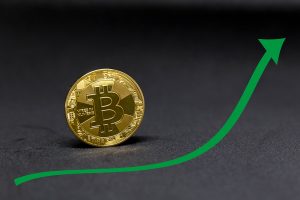 Bitcoin (BTC) abruptly surged from lows of $7,400 recorded on Oct 24 to an impressive $10,540 on the wee hours of Oct 26 in an exciting and unexpected move that could prove definitive in the last two months of 2019. At the back of this resurgence was an uptick of trading volumes. In the last two days, Bitcoin (BTC) participation levels have more than quadrupled according to statistics from Coinbase.

By reversing steep losses of Oct 24 at the back of high trading volumes, analysts are now confident that the next bull wave is on, and BTC may rally to June 2019 highs of around $14,000 after a period of inactivity in September and October.

Blockchain is an Accelerant of Innovation

The resurgence of Bitcoin comes at the back of the Xi Jinping’s, the Chinese Premier, declaration that China will embrace blockchain technology across all sectors of its economy. For perspective, China is the second-largest economy in the world after the US.

In a meeting with the Political Bureau of the Central Committee in Beijing, Xi Jinping, who is also the head of the Community Party of China, talked of the virtues of blockchain, and the intention of China to cement its position as a blockchain leader.

Even though the country prohibits cryptocurrency trading, banning ICOs and cryptocurrency exchanges in September 2017, over 80 percent of Bitcoin mining takes place in Asia and specifically in China. The proximity of Bitmain, the world’s largest chipset manufacturer, coupled with low electricity costs means it is an attractive destination for value miners.

According to data from World Intellectual Property Organization (WIPO), of the 2,747 blockchain-related patents published, Chinese companies had filed 790, ahead of the US’s firms who had 762.

Earlier, Mark Zuckerberg, the CEO of Facebook, when appearing in front of the United States House of Representatives Committee on Financial Services warned that if regulators smothered Libra, then another project with similar intention will sprout out of China. Libra, a global stablecoin, he explained, is a strategic project that reacts to China’s plan of launching a digital currency that will be globally spendable, and controlled by a consortium of Chinese-owned state companies.

At press time, BTC is up 28.54 percent in the last 24 hours against the greenback pushing year-to-date gains to 47.67 percent.