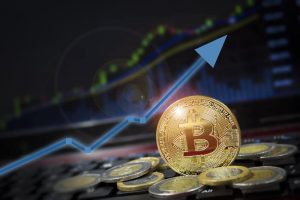 Bitcoin [BTC] price created history yesterday as price recorded the third-highest percentage rise in its history. The prior two surges were recorded in 2011 when the Bitcoin was just known among the geeks.

Eight years ahead, Bitcoin has become a global financial instrument traded across esteemed platforms. CME, Bakkt, LedgerX, and so on are regulated platforms for options trading on Bitcoin.

The reported volume of trading of Bitcoin Futures contracts on CME is 43000 BTC. While the futures market closed on the last Friday of the month, the price continues to surge during the weekend.

Bakkt set a new record in trading volume on Friday as it breached the 1000 contracts mark after one month of its launch.

While the current rise was witnessed due to a massive surge, the previous high was recorded two days earlier on a drop. Hence, volatility in price has attracted many players to trade Bitcoin.

In less than six months, Bitcoin’s price witnesses two short squeezes as bears are literally “rekt.” The massive rise of over 36% was partly contributed to the break above $9400 levels. Post that, the price logged. It’s the longest candlestick on the hourly with a $900 rise.

BitMEX witnessed a 50% drop in short orders, as it reached new lows.

According to datamish, the total amount of short liquidated on BitMEX is about $410 million. Short liquidations heightened the buying impulse as price recorded at high at $10,350.

The long interest in Bitcoin has further increased above 80% on major crypto exchanges like Bitfinex and Okex. The long/short ratio on Okex is 1.9; hence, nearly two times the short orders. Nevertheless, the long interest among top traders declined by about 10%. Currently, the top 100 traders on Okex are near parity according to the long to long ratio.

BTC basis on Okex increased to a whopping $54 signaling massive long orders. The current difference between futures and spot prices on the exchange is $36.25.

Hence, the Buy Bitcoin narrative seems to the echoing across the futures market as well. Furthermore, traders can expect heightened volatilities in the next few days.

Do you think Bitcoin will reach new ATH or a correction is on the cards? Please share your views with us.