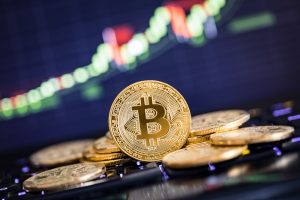 Bitcoin [BTC] made a strong move on Wednesday as it gained more than $500, reaching a daily high of  $8710. The momentarily broke above the 200-Day moving average at $8630. However, it failed to break above the resistance from the moving average.

The closing for yesterday and today’s opening is skirting along with the moving average. Although the daily volume was higher than in the last week, it was not significant enough for a big move.

Furthermore, while the bullish surge is strong, the price still has to break above the support turned resistance area around $9000. CryptoFibonacci, a crypto-trader tweeted,

After clearing one Fib cluster resistance today, there is another one at 8900-9000 area. Not to mention some old support that is now resistance as well.

A fall back to $8000 levels from here, could lead to lower-lows, hence, a bull-trap. Derivatives trader and crypto-analyst, Tone Vays suggested in his Trading Bitcoin update, that a break above the bottom of the descending triangle at $9450 is also essential for bullish confirmations.

Fundamentally, the rise can be attributed to the Feds’ announcement of another round of quantitative easing. The Feds announced yesterday that it would buy up short-term treasuries to increase liquidity in the money markets.

While Fed Chairman Jereme Powell denied the term ‘QE,’ the general sentiments were one of an economic crisis. Gold also surged back above $1500 on 8th October. Moreover, the QE steps were somewhat expected, given the current financial condition.

How can the Fed claim QE was a success if they couldn’t reverse it? The whole rally in the dollar, the whole decline in gold, was all predicated on people believing the Fed. Well, the Fed are a bunch of liars… He added, ‘The Dollar is Going to Get Killed’

Hence, it continues to make a strong case for Bitcoin and cryptocurrencies, as well.

Furthermore, the launch of UNICEF’s crypto fund also acted as a positive catalyst. Nevertheless, the crypto fund has been limited to the blockchain innovation projects only. Hence, while it acts as positive adoption news, the direct effects of it can still take longer.

Do you think Bitcoin and Ethereum would become better currencies can the USD? Please share your views with us.

The post Bitcoin [BTC] Bears Make the Run as Price Breaks $8600, Could it be a Bull Trap? appeared first on Coingape.