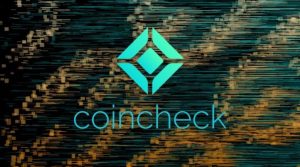 In a bid to encourage mass adoption of bitcoin and bring the cryptocurrency to mainstream users, Japanese crypto exchange, Coincheck has launched a bitcoin reward system that will enable consumers in Tokyo to earn bitcoin incentives by paying gas bills using the cryptocurrency at a discount.

Gas Users Will Get Bitcoin Incentives

This arrangement comes as a partnership between Coincheck and E-net systems in which the two companies have agreed to offer Coincheck Gas, a gas service consisting of two kinds of payments systems – firstly, customers can receive a discount on gas payments paid in bitcoins and secondly, customers can simply receive bitcoin as a reward for using their gas service.

According to a report by Finance Magnates on Friday, the described crypto exchange gas service has been launched to customers in the Tokyo Gas Jurisdiction. The arrangement proposes either a three percent (3%) discount on monthly gas payments made in bitcoin or simply a reward, also the equivalent of three percent (3%) paid in bitcoin as an incentive to gas users.

Last month, Coincheck has announced news of its partnership with a market research firm Macromill Group. The partnership would allow users to convert their Macromill Points that they had earned from taking internet-based surveys into digital currencies.

Coincheck Joins The League Of Bitcoin Mass Adoption Pace-Setters by means of either paying out incentives to customers who make utility bills payments in bitcoins or simply by rewarding them using bitcoins for using utility services.

2 years back, in 2016, ResuPress Inc. the company which operates Coincheck, a Bitcoin payment service, partnered with Mitsuwa Industry Co. Ltd to allow Japanese users to pay utility bills with Bitcoin.

Japan is one of the few countries around the world where bitcoin has an official currency status. It is not surprising therefore that more and more bills can now be settled using the top cryptocurrency in the region. As time goes on, it is reasonable to expect that Japanese organisations will begin to offer more opportunities for using Bitcoin for making payments, thereby increasing its adoption.