EOS price has seen a turnover in its fortunes after the three ($3) key support mark held against the bulls despite all their efforts to break the support.

EOS price: Green all the way 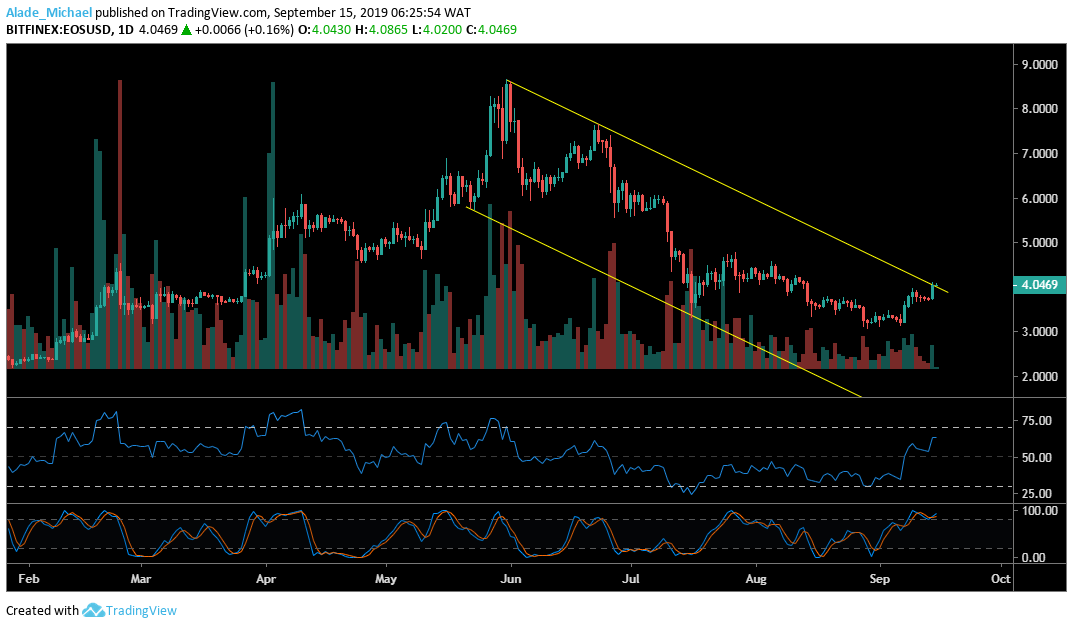 The first resistance mark lies at four dollars ($4.5). If the bulls move past it then they’ll face the next resistances at five dollars. One at $5 and the other at $5.6 respectively.

EOS price might pull lower, back into the bearish territory but this is the worst-case scenario considering the fact that the relative strength index (RSI) runs at seventy (70) which is a bullish sign. Since July, EOS had its RSI stuck near the level marked thirty (30).

But in the case that the technical indicators do fail, we have three dollars acting as resistance with two stops. One at $3.7 and the other at $3.2 while the third sustenance level resides at $3. The third support mark is crucial as it holds the balance between the bears and the bulls. It has once fought off the bears but a retest might break it, resulting in a bear market yet again.

Zooming in on the chart gives us higher supports on the trend line. The one (1) month chart implies that resistances will be encountered near each other, at four dollars ($4.3), ($4.6), and ($4.9) respectively. 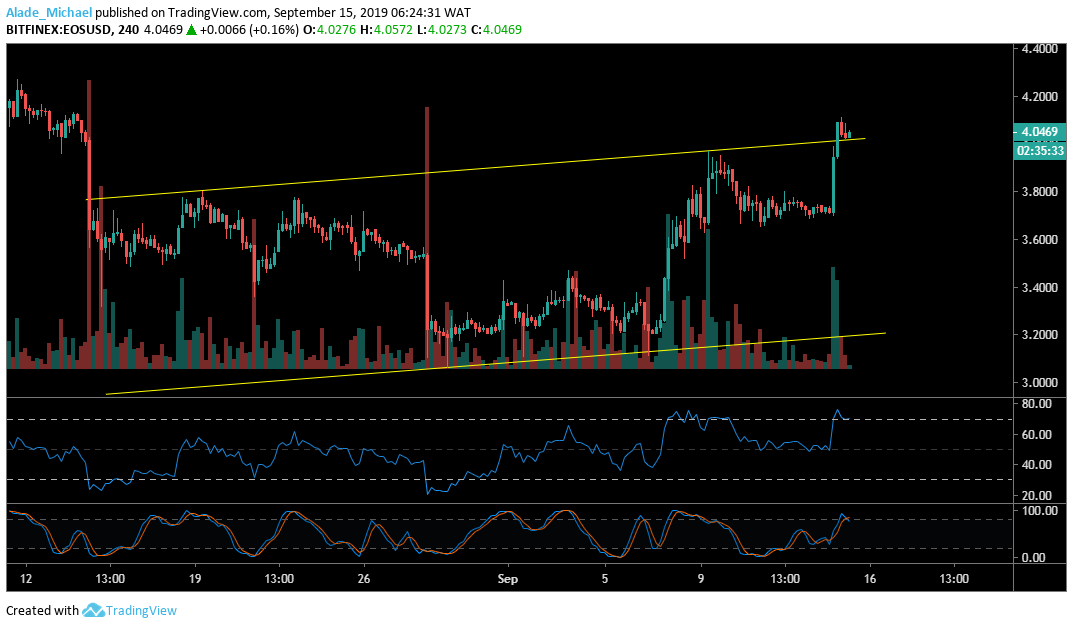 The RSI runs bullish and thus EOS enjoys being in the overbought territory, but if the bears try to drag EOS down then the RSI might hold against the fifty (50) mark- not moving lower than the equalizer. A price drop is imminent for an upside rebound to occur.

The one (1) day chart stacks resistance marks for EOS in the four dollars region at ($4.2) and subsequently at ($4.4). The price action is a bit murky but the rising trendline has hinted at where the price is headed. We have a bullish move cornering EOS to move towards the top. 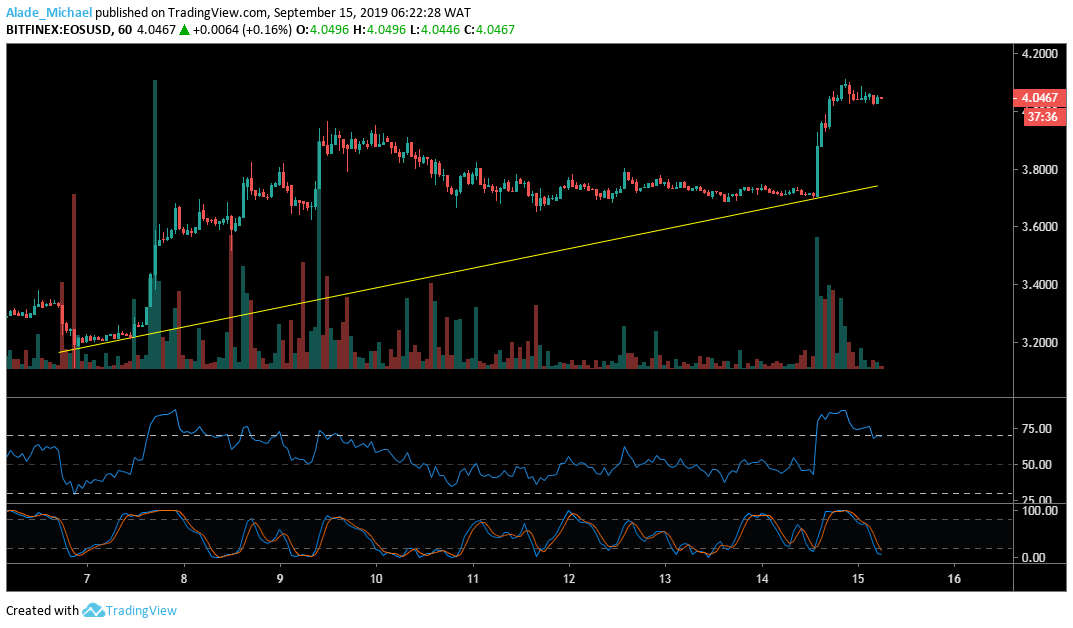 The RSI is in oversold territory and the price might drop. The bears will have to combat four support levels closely knit together. All the supports are located in the Three dollars region but unfortunately, we have major support at $3.8, while a break below this mark might cause a slump to settle in at $3.6, $3.4, and finally at $3.2.