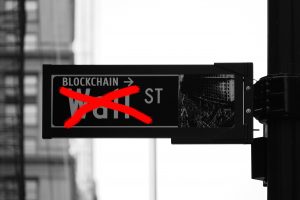 In just a matter of a decade, blockchain technology has grown from being just a ledger system for digital currencies such as Bitcoin, to an innovation that is being heralded revolutionary by tech giants like IBM, Amazon, and Microsoft.

A host of other companies, including Facebook, Samsung, and Walmart, have made considerable investments in blockchain of late. In a survey conducted by PricewaterhouseCoopers, 8 out of every 10 business executives stated that their companies have tested blockchain technology in some capacity. Another report by Statista revealed that worldwide spending on the technology is expected to grow to over $11.7 billion by 2022.

In this post, we delve into how blockchain technology is revolutionizing industries around the globe.

Blockchain in the Fight Against Fraud

A blockchain-based network provides a system for distributing data or information in a decentralized manner. It also offers better transparency since records can be read and audited by all participants on the network. Furthermore, since records cannot be altered in a blockchain ledger, it offers a higher level of security and permanency.

Prevention of fraud was one of the first non-financial use-cases of the technology. Chile’s Santiago Exchange became the first exchange in Latin America to make use of blockchain technology for fraud detection in its securities lending system. The exchange partnered with IBM in May 2017 to develop this system.

“The first Blockchain technology live application enables us to bring a world-class solution and a leading positioning the region , which we hope turns into a real contribution for a better development of the financial and capital markets, bringing operational efficiency and facilitating the execution of our clients’ businesses.” 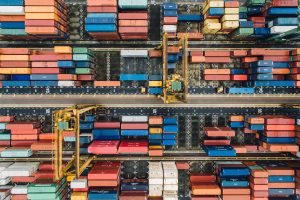 The supply chain sector was among the first to discover the myriad of advantages that blockchain technology brings to the table. Indeed, distributed ledgers can help improve both the transparency and efficiency of supply chains. Since current systems depend heavily on manual operation and outdated IT systems, it is often impossible to track fraud and even innocuous errors.

To solve this issue, IBM partnered up with shipping giant, Maersk, in August 2018 and launched TradeLens, a blockchain-based shipping solution that aims to make global trade more secure and efficient. Over 94 organizations globally are participating in the program, including customs authorities from countries like the Netherlands, Saudi Arabia, and over 20 port and terminal operators.

When blockchain is combined with other technologies such as the Internet of Things (IoT), Machine Learning (ML), and Artificial Intelligence (AI), it could lead to a significant amount of automation in many industries. Walmart, for instance, announced a supply chain system based on blockchain technology in September 2018, where it will be using IoT sensors to monitor and record produce-related metrics. This information will then be provided to the customer through QR codes on retail packaging.

Smart Contracts in the Insurance Industry 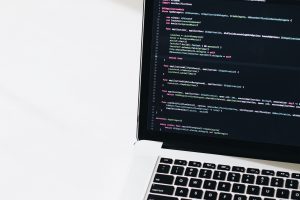 A smart contract can be described as a program that directly controls the transfer of digital currencies or assets between parties under certain conditions. Smart contracts have applications in a wide variety of businesses such as insurance, governance, and fintech. In the case of insurance, smart contracts can improve efficiency by automatically approving claims related to events such as floods or travel delays. It can also drastically reduce the time taken for insurance processing and lead to a reduction in fraud.

With the help of smart contracts and image processing technologies, companies can ensure that their shipments are automatically examined for quality before the distributor gets paid. For companies such as Apple that are looking to be environmentally sustainable, a blockchain-based system is likely the most elegant and efficient solution.

Decentralized Applications (DApps) make use of smart contracts to associate with a blockchain-based network. DApps have become quite popular in providing unique solutions to the masses.

All in all, blockchain technology has repeatedly proven itself as a robust solution that can help improve efficiency, reduce expenditure, eliminate fraud, introduce transparency, and, most importantly, offer a better user experience. In time, it’s likely that blockchain will find itself in every facet of our daily lives.