The prices of Bitcoin and Ethereum have surged in the last 24 hours. While bitcoin gained about $570 in a 24-hour short bull run, Ethereum also gained 9% and touched the $200 mark within the same time period.

Bitcoin (BTC) Up By About 6% Since Yesterday

Bitcoin showed hope of resurrection after breaking the resistance at the $10,500 mark shooting its price up by 5.4%. At press time, BTC is trading at $10,711. 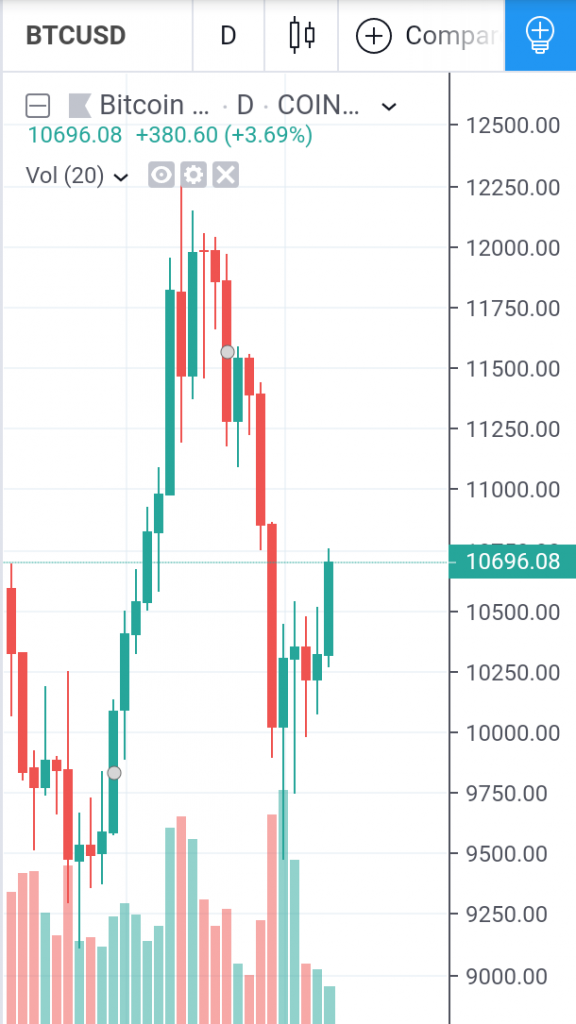 Many believe that bitcoin is currently experiencing a price bubble caused by acute price manipulations, however, there is no proof confirming this yet.

Although Bitcoin has been hovering around the $10,000 mark for a few days, it has experienced a few notable achievements such an increasing dominance and market cap.

The price of Ethereum also caught the bullish trend and climbed up the charts hastily within the last 24 hours. Gaining about 9% while surging, Ethereum is trading at $200.64 at press time.

Ethereum was one of the alts which felt the pressure of the BTC crash. Although ETH previously dipped alongside BTC, its corresponding pullback upon Bitcoin’s short bull signal appears to be correlated. At the time of writing, ETH had gained almost 9% in price and was trading at $200.40

The market cap of Ethereum stands at $21.56 billion.