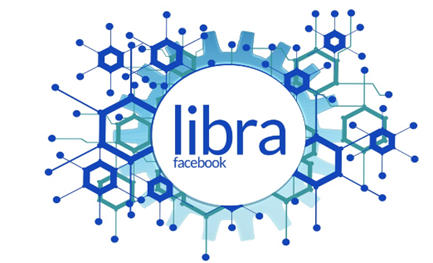 Last month Facebook announced that next year they will launch their own cryptocurrency called Libra. The announcement has created shockwaves not only in the crypto markets but with also with financial regulators. But what is Libra all about?

Libra will be launched sometime within the first 6 months of 2020, but questions are being raised about how it will be run and how the setup will be. The main aim of Facebook though is to introduce Libra and digital currency to the mass public.

Libra can be used to make digital transactions and as a payment method. The fact that Facebook is launching Libra is also likely to create further awareness about crypto and is like to encourage people to consider using digital currencies.

One important thing though to point out though is that Libra is not fully owned by Facebook. In fact, it belongs to the Libra Association which has been co-founded by Facebook and other group members, including companies like eBay, PayPal and MasterCard.

The aim of the association is to “empower billions of people” who may not have access to a bank, but could use the currency via their smartphone. People will be able to make purchases with it as well as send money. Libra will also let people make instant international money transfers for incredibly low fees. Traditional transfer businesses like Western Union, which sets higher fees, are likely to feel the heat of competition.

In order to use Libra, an ‘electronic’ wallet called Calibra will also be launched alongside the digital currency. Calibra is a subsidiary of Libra and has been created by Facebook to deal with all the transactions and withdrawals.

The wallet can also be used to store any Libra coins that have been purchased. So far the Calibra app has been planned as a standalone app and will also be compatible with Facebook’s Messenger and WhatsApp.

So far it all sounds very promising, however concerns have already been raised about privacy, especially with Facebook’s history of data breaches. Will Libra user’s data be given to Facebook for advertising purposes for example?

Well naturally Facebook has argued that this is not the case, and they’ve pointed out that Calibra is a subsidiary. This means that Calibra will be regulated by authorities to stop financial crimes such as fraud and money laundering. It also means that any financial data gathered by Calibra will be kept completely separate from any Facebook or from a user’s personal account.

Other concerns have been raised regarding regulation and to ensure that Libra doesn’t become too powerful. France’s Finance Minister also stated this by saying that Libra should be limited to transactions only and not aim to become a ‘sovereign currency’ that could challenge official Government printed money. It will be interesting to see if certain Governments will even allow Libra to operate in their jurisdiction without regulation.

One key condemnation came from Donald Trump this month who quoted that Libra will “have little standing or dependability,” and if private companies wish to become a bank then they should be “subject to all banking regulations.”

With not much support coming from the President of the United States or generally from official bodies, Libra is likely to face some challenges in the upcoming months before the planned launch.

Of course more will be known about the actual setup and how it will be rolled out in countries when the launch finally happens. The project is still in the early stages and so far the only information given has been available via the Libra ‘white paper’. Work continues on Calibra, the Libra coin and the blockchain technology it’ll use, so we are likely to know more about the final setup when launch day arrives in 2020.