Women have time and again defied the “traditional norms” imposed on them, becoming successful in revolutionizing different industries across the world. This has been more significant, if not drastic, over the past couple of decades. An effort towards integrating women in the tech field is also currently underway. However, the participation of women in the still nascent field of cryptocurrencies is still noticeably low, when compared to the participation of men.

According to a tweet posted by Jameson Lopp, a Bitcoin engineer and Chief Technology Officer of Casa, women engagement in the digital currency space has hit an all-time high. According to an image shared by the self-proclaimed ‘cypherpunk,’ women constitute nearly 10% of Bitcoin’s community. 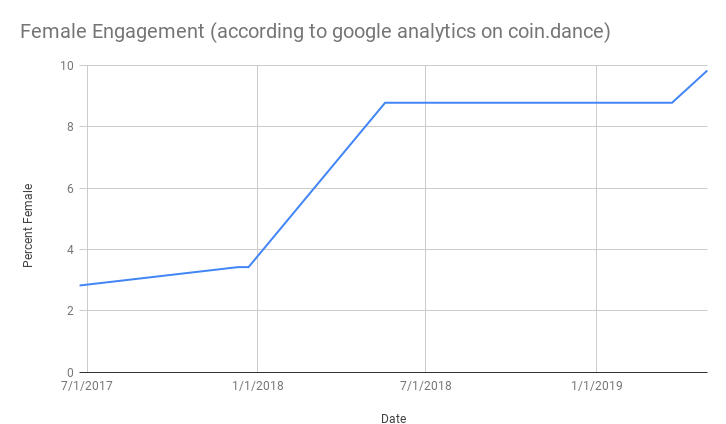 The graph above depicts a steady inflow of women into the space during the unprecedented boom of 2017. The figures however, shot up significantly during the first six months of 2018, coinciding with the time Bitcoin crashed and the crypto-asset lost about 65% of its value. In contrast, male participation constituted an astonishingly high percentage of 90%. 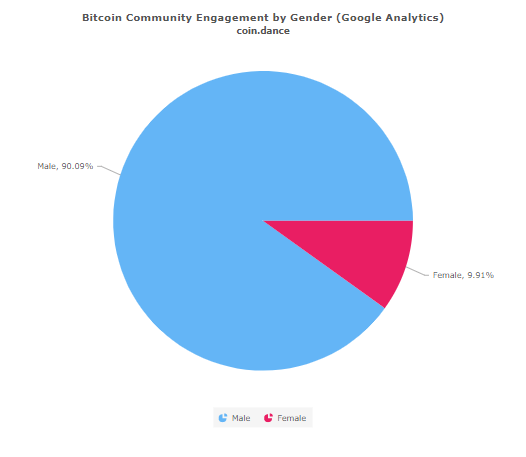 According to data provided by Long Hash, gender disparity at various levels in the blockchain ecosystem is massive. The industry thus, still has a long way ahead in terms of gender equality.

Even as the figures hit an all-time high, the gender gap is still worse in Blockchain than any other tech field. In May 2018, Coin Dance charted a female engagement of 5.27%. 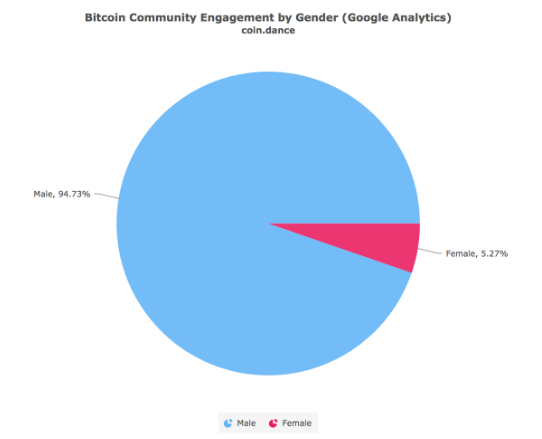