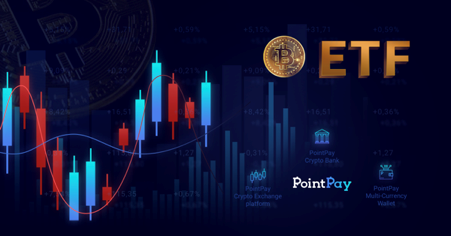 Late 2018 was marked in the crypto industry by a sudden price collapse of Bitcoin, Ethereum, and most altcoins. Early 2019 saw a quickly waning and then a disintegrating market for ICOs. The majority of them turned out either to be scams, or grossly mismanaged. This fact directly influenced the total market cap. It reached a $ 100 billion bottom, causing a devastating depression amongst the community.

Regarding the way of raising funds for blockchain start-ups, ICOs were replaced by IEOs and became second to none in 2019, Q2. This happened because of the fact that the exchange risks its reputation and personally carries out a due diligence process, selecting the best projects for a token sale. An IEO financial model gives some guarantees. This partially contributed to regaining investor confidence in the crypto market. Its capitalization has grown up to $ 250 billion for now.

Nevertheless, IEOs hasn’t made a strong push for starting a massive bull trend. Vast amounts of institutional capital still stay on the sidelines. It happens due to falsification of trading volumes and frequent cyberattacks on the largest popular cryptocurrency exchanges. The community is still shocked by the hacking activities against Binance and New Zealand crypto platform
Cryptopia. That caused liquidation of the latter one.

Investors, entrepreneurs, developers, and the media – all wonder out loud what event or circumstance could be the next driver of a $ 20,000 reversal for bitcoin price and rapid growth of the whole industry.

Some look at Bitcoin Exchange Traded Funds as a mechanism to recover lost market capitalization.

Exchange Traded Funds emerged in the early 1990s. That was when computer technologies made it possible to launch a real-time arbitration mechanism for trading mutual funds. This allowed creating the price of a fund share. It was based on the weighted average price of its components: stocks, commodities, or derivatives. Fund shares could be traded on a single exchange or on a variety of exchanges. Arbitration software continuously maintained and updated the price of the fund share.

Thus, Exchange Traded Funds made ownership and trading fund shares indistinguishable from trading securities. Modern funds are provided with current and actual quotes by High Frequency Trading (HFT) methods. They are used to update the price of portfolio.

There are several advantages of trading assets using ETFs.

Firstly, it is a convenience of investing for unqualified players. For example, ETF portfolio can include futures for crude oil, as well as ownership of 10 tons of gold in a protected depository of a Fed bank. There can be shares of telecommunications sector companies as well. Asset managers can select a variety of combinations depending on the desired risk-return ratio.

Secondly, it is improved financial performance. The cost of managing an ETF is minimal due to savings realized via digitally automated price arbitration. Unlike the same mutual funds that are obliged to distribute dividends, tax liabilities in ETFs arise when the fund share is sold at a profit only.

But let’s get back to Bitcoin.

The first Bitcoin derivative, XBT futures, was launched on the Chicago Board Options Exchange (CBOE) in December 2017. Though the SEC has not yet approved the creation of such fund, we believe that sometime in the late summer of 2019 several ETFs of this kind will be approved. Both BitWise-NYSE Arca and SolidX-CBOE are in the final stage of SEC approval.

There is an important consideration for the SEC in approving Bitcoin ETFs. It is reputation of Bitcoin perceived as a store of value and the cryptocurrency with the largest capitalization.

Two issues will complicate the move towards a final decision. Firstly, Bitcoin is an asset lacking an intrinsic value. Secondly, it’s somewhat difficult to purchase Bitcoin quickly in the large quantities for institutional investors. OTC (Over-The-Counter) trading, though representing the trading category with the largest volume on cryptocurrency exchanges, is an anachronism in the 21st century as it is not available to the majority of investors. ETFs can help these disenfranchised investors join the party.

The impact Bitcoin ETFs will have on cryptocurrency markets can be assessed by looking at the history of the assets-under-management (AUM). For example, the largest U.S. spot gold ETF, SPDR Gold Shares (GLD), had a starting volume on November 30, 2004, of $1.5 billion. Only two years later it had soared to $9.1 billion, and the asset price had grown by about 50%. 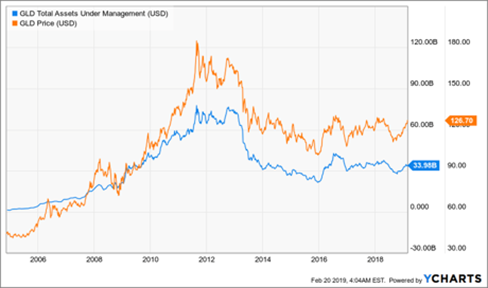 Considering Bitcoin’s market cap in mid-February 2019 of about $65 billion, the starting volume of this fund does not look so large. Bitcoin-ETFs will likely attract many times more capital over the years, including speculative investments.

“If to paraphrase the famous statement, saying that the price of real estate depends on three things: location, location, and location again, then for the crypto market it sounds like: liquidity, liquidity, and liquidity again,” considers Andrey Svyatov, CEO of PointPay. “The most important result of Bitcoin-ETF emergence will be the additional amounts of speculative capital. It will be raised by simplifying the purchasing process of relatively large amounts of cryptocurrency – several dozen ETF lots (250-1000 BTC),” explained PointPay’s expert.

PointPay is developing its own banking cryptocurrency ecosystem. It consists of PointPay Crypto Bank, PointPay Wallet, and PointPay Crypto Exchange for cryptocurrencies, tokenized assets trading and ETFs. All the products are supposed to work in closed-loop ecosystem, where the PXP token will be a payment unit.

ETFs will have a strategic impact on cryptocurrency market. Despite this, the community should not forget about advantages from a trading perspective. A powerful price pump happens upon rumors of Bitcoin ETF approval by the SEC. It is followed by a dump a few days later, followed then by an equilibrium leveling. It occurs a few times in a row within a relatively short period. Then the market sees a “wave damping.”

From our point of view, the market has almost completely adapted and become unresponsive to news flows around the SEC approval of Bitcoin ETFs. The community will see a speculative swing and increase of short positions opening, rather than a global upward trend to $ 15,000 – $ 20,000 for 1 BTC. The search query volume on Bitcoin ETFs in 2018 supports this conclusion.

Picture 2. Correlation of “bitcoin ETF” search queries with the price of bitcoin.

As seen from the chart above, bitcoin price soared during the first rumor event, the second surge shifted the price halfway, while the third, fourth and fifth did not move the price at all.

A few other factors can drive Bitcoin price elasticity. They are the crypto infrastructure adaptation to the Internet of Things (IoT) and the widespread integration of Point-of-Sale chips into smartphones. Such rumors will be enough for an upsurge of cryptocurrency market cap. The same is not related to new opportunities of buying bitcoin to spot market players.

According to the diagram in fig. 2, the bitcoin price increased by about thirty percent. It was caused by the news of possible Bitcoin-ETF approval by the SEC. Then the growth was corrected by a comparable fall. It happened when the community got to know about unlikely Bitcoin- ETF approval anytime soon.

Throughout the second half of 2018, queries for funds did not fall to the level of spring. No certainty appeared as well. Therefore, a fundamental component of ETF approval remainsin bitcoin’s price.

“Buy the rumor, sell the fact”. Do you remember this old trading strategy? We assume that a credible rumor of the SEC approval will be reflected in a 15-20% raise of bitcoin price. When it turns out that the rumor is baseless, there will be a subsequent 5-10% decrease in a few days.