A comprehensive research dubbed “Mapping Bitcoin’s Influence on Academic Research” was conducted by authors Mark Holub and Jackie Johnson; they looked into literature samples of 1,206 that had Bitcoin citation between 2011 and 2016 and revealed Bitcoin’s multi-disciplinary influence.

In order to demonstrate Bitcoin’s “multidisciplinary influence”, the samples were categorized and mapped out of which 43% were extracted from Journal publications while both published and unpublished articles accounted for nearly 25% over the period of six years. 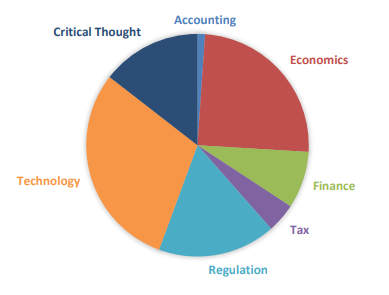 The chart depicts Bitcoin’s influence across various disciplines, according to the study conducted. The high technology-based coverage can be attributed to a massive volume of papers released, explaining the digital currency and the technology it was developed on. The economic relevance of the largest digital asset was also recorded to be one of the most widely studied aspects which focussed mostly on its impact in the payment system, the monetary system, monetary policy or governance.

This was followed by articles citing regulation and critical thought [articles posing questions of Bitcoin’s relevance on technical issues, pricing, regulation, taxation, and use]. Bitcoin’s influence in finance [which mainly focussed on  Bitcoin’s high volatility and price differences across crypto] and taxation also received significant coverage. The research not only reflects the over-arching influence that Bitcoin has on other disciplines but also hints at the growing popularity of the King coin.

As Bitcoin users continue to grow, the popularity of the coin also grew. Looking at Google trends, one can track the extent of the increase in “Bitcoin” searches over the years.

Google trends depicted a significant rise in its popularity in 2013-2014. This can be attributed to instances where Coinbase reported selling $1 million worth of Bitcoins in just one month at over $22 per Bitcoin and various small scale projects accepting donations in the cryptocurrency. During the same time, The D Las Vegas Casino Hotel and Golden Gate Hotel & Casino properties in Las Vegas announced accepting Bitcoin.

However, the same year, Mt Gox had filed for bankruptcy protection in Japan over stolen funds which could have resulted in the downtrend on Google trends soon after.

*The original sample size of the research was 13,507. Non-journal type such as newsletters and magazine publications were not counted in the study. A mere mention of the word Bitcoin was included; abstracts from languages other than English were also counted. However, those without an English abstract were ruled out.