The earliest form of money, once traded for swords and armor, seems to be back today, with KaratGold Coin (KBC) being the first one to truly digitize physical gold and thus revolutionizing the entire concept of crypto payments. 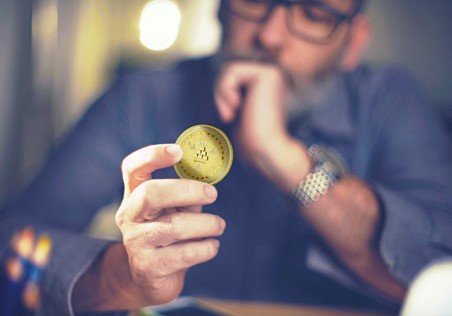 n is an Ethereum-based asset exchangeable for real gold. In essence, it’s a tokenized gold, since it combines the advantages of a physical asset (gold) and crypto. Thus, KBC holders have a unique opportunity to exchange their KBC holdings to CashGold, physical bills with tiny bars of gold built into them (like dollars or euros), at ATMs owned by Karatbars International. The exchange will become possible starting 4th July 2019 during the Gold Independence Days. “Starting with the Gold Independence Days, a full-featured gold circulation is put in place worldwide and the phrase “I will pay in KBC” means “I will pay with gold,” Dr. Seiz, the founder of Karatbars International, announced.

Thanks to KBC, gold is flexible now.

For thousands of years, gold used to be a standard currency, but it is not anymore in 2019. Gold was abandoned as a standard mainly due to the portability issue. Being heavy and soft, it seemed to be too valuable to use in coin form. To deal with that Katarbars started selling it in tiny quantities: for instance, with CashGold notes containing 0.1 gram bars. With a view to making CashGold a widespread and flexible currency, KaratGold Coin along with K-Merchant (its first spending app) was launched. Thus, if you do not want to keep up with physical gold, you can spend your KBC tokens using the K-Merchant app. So thanks to K-Merchant, one can go to Starbucks and pay there with CashGold!

K-Merchant is a secure payment gateway orchestrated through a powerful API (the Application Programming Interface allowing two systems of pieces of software to interact seamlessly). Its flexibility is ensured by the unification of gold, KaratGold, Bitcoin, Ethereum, and a growing variety of fiat currencies. Hence, if you own gold through KaratGold, you are free to spend it as you wish, without having to look for a buyer for gold. Should you wish to buy more of it or sell it, you can easily do so with dollars, euros, BTC, ETH as well as with various fiat currencies, while such operations will be even more comfortable with the Impulse K1 phone blockchain-driven smartphone where KBC is the native asset.

Such digitization of gold helps investors protect themselves against the crypto markets` volatility and keep their assets not only safe and stable but also increase them. Some worldwide known crypto influencer is already emphasizing the enormous potential of KBC. For instance, John McAfee tweeted: “KBC coin is linked to gold in a way that downside is limited, while the upside is unlimited. For me, it is simply a way to protect against the crypto markets’ volatility.” Hence, KaratGold Coin is to be on every investor’s watchlist.