Recently we heard a lot of news about blockchain based phones from different manufacturers and brands all over the world. However, only one of them seems to stick to their promise – KaratBars. 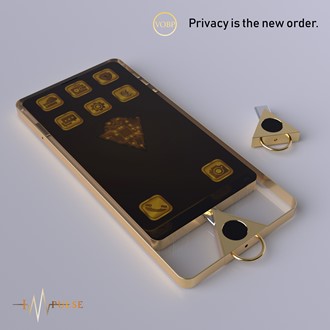 Not that long ago they released a new phone called IMpulse K1 Phone and it’s a unique device that has a compilation of great features for your privacy.

IMpulse K1 Phone by KaratGold is a privacy-first smartphone with the unique Voice-over-Blockchain Protocol (VoBP) native support. The company launched its revolutionary cyber-protected, blockchain-enabled smartphone with built-in cold storage wallet as a protest against the big corporations that own our data.

Therefore, IMpulse K1 Phone is the first phone to have a true blockchain technology implemented inside and the privacy it delivers to the users is an astonishing achievement by the team. This phone will really make our world a more private and secured place to live in.

Concerning the availability of the gadget, it rather belongs to the luxury category (so one should not expect the device to be cheap). The manufacturer focused primarily on the protection function, both digital and physical.

Being officially presented, the mobile phone is scheduled for September 2019 to be delivered to its first customers. On the official website, you can find the project’s road map, as well as the IMpulse K1 Phone specifications.