Mining pools have been the backbone of the crypto-ecosystem, owing to their inherited duty to fuel transactions and ensure immutable credibility. Given the power mining pools hold in the space, countries like China, U.S.A, and Russia have been competing to host the world’s largest mining pools and earn the corresponding block rewards.

A recent report listed the world’s top 50 mining pools based only on the mined number of coins, which reveals the involvement levels of countries that are heavily invested in crypto and blockchain technology. The report claimed, 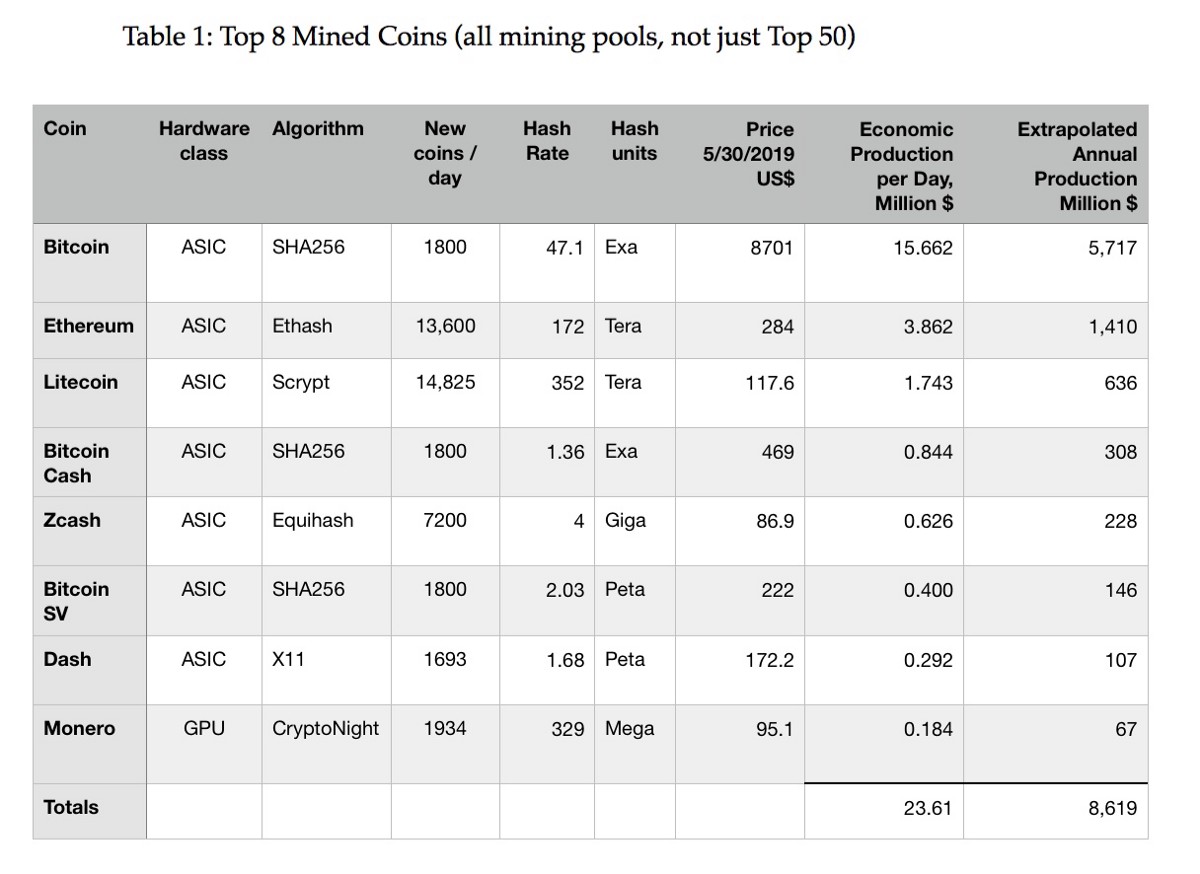 The graph above suggests a total annual economic value run rate of $8.6 billion, with Bitcoin being responsible for 2/3rd of the economic value so created. Additionally, overall mining per day amounts to $24 million per day, with Ethereum contributing almost $4 million to the same.

As evidenced by the table above, China, U.S. and Hong Kong account for 70% of the world’s top 50 mining pools. And while China is currently responsible for nearly half of the annual value produced, recent measures by the Chinese government will force new players, as well as existing market leaders to pick up the slack. 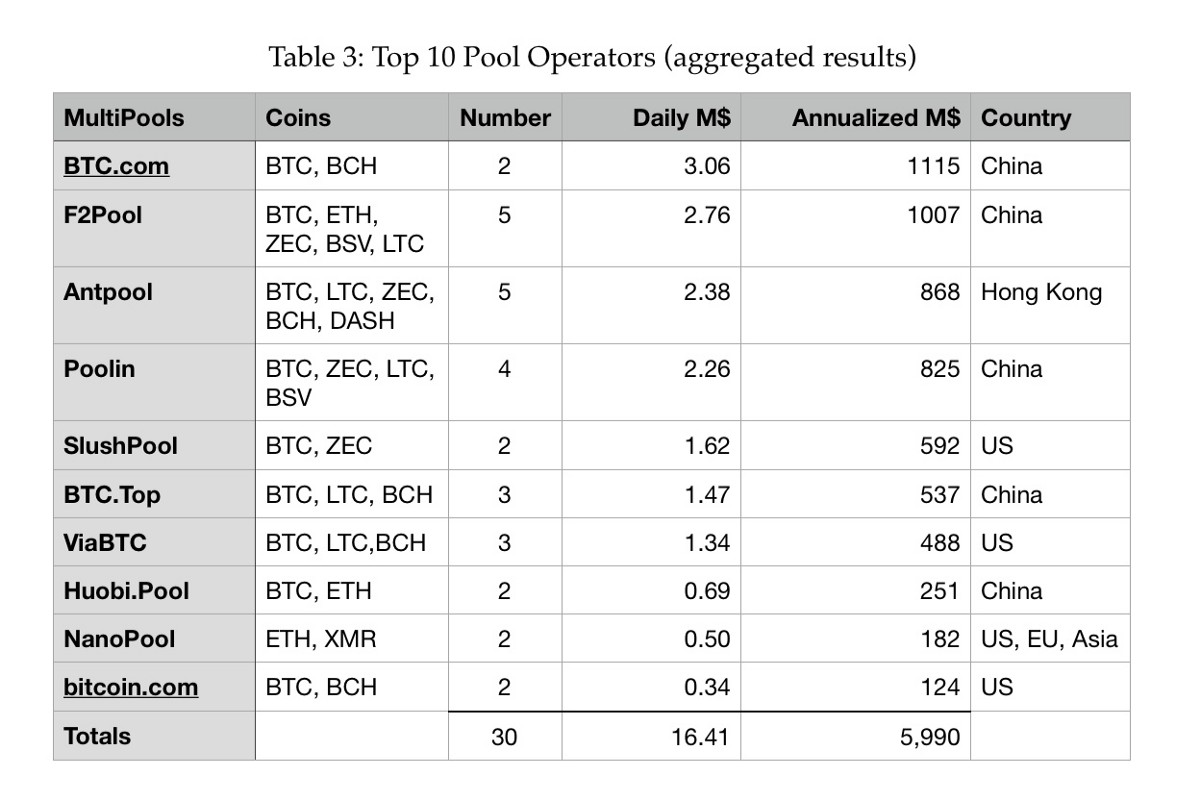 Helping China stay ahead of the curve is the biggest mining pool in the world, BTC.com, which produces an economic value of $3 million a day. Although Chinese pools are dominating the charts, the downfall of the Chinese mining industry will inevitably place U.S. at the frontier of mining operations. However, some experts speculate that the reduction of global players such as China may lead to centralization of crypto-mining, which may ultimately lead to manipulation of transaction fees and trading value.

In conclusion, it would seem that the report suggests that there has been a rise in mining operations, as well as the corresponding economic value generated. However, many believe that the key to its sustainability can be determined by the impact the impending halving will have on the economic value subsequently generated.

The post China, U.S and Hong Kong account for 70% of the world’s mining pools, report reveals appeared first on AMBCrypto.