Bitcoin’s parabolic surge hit a roadblock after the price created a red candle after five successful green candles over 35 days. The price of Bitcoin was $7,681, with a market cap of almost $136 billion, at press time. Bitcoin’s dominance over the market fell to 55% from 60%. 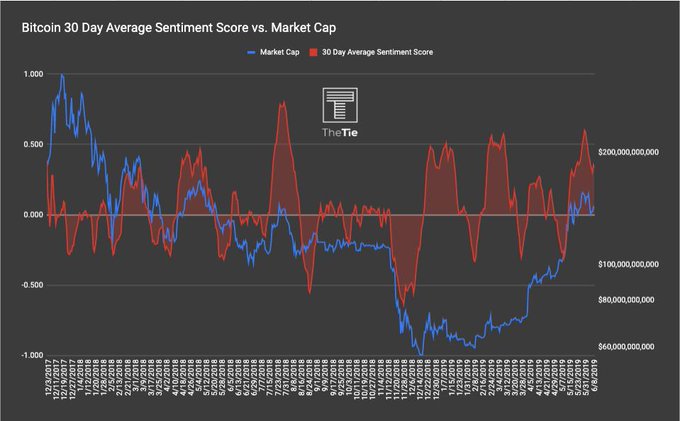 Despite the fact that Bitcoin’s sentiment has fallen over the past few days, it has managed to stay positive since May 13.

Additionally, the overall trading volume across trusted exchanges has also seen an increase. 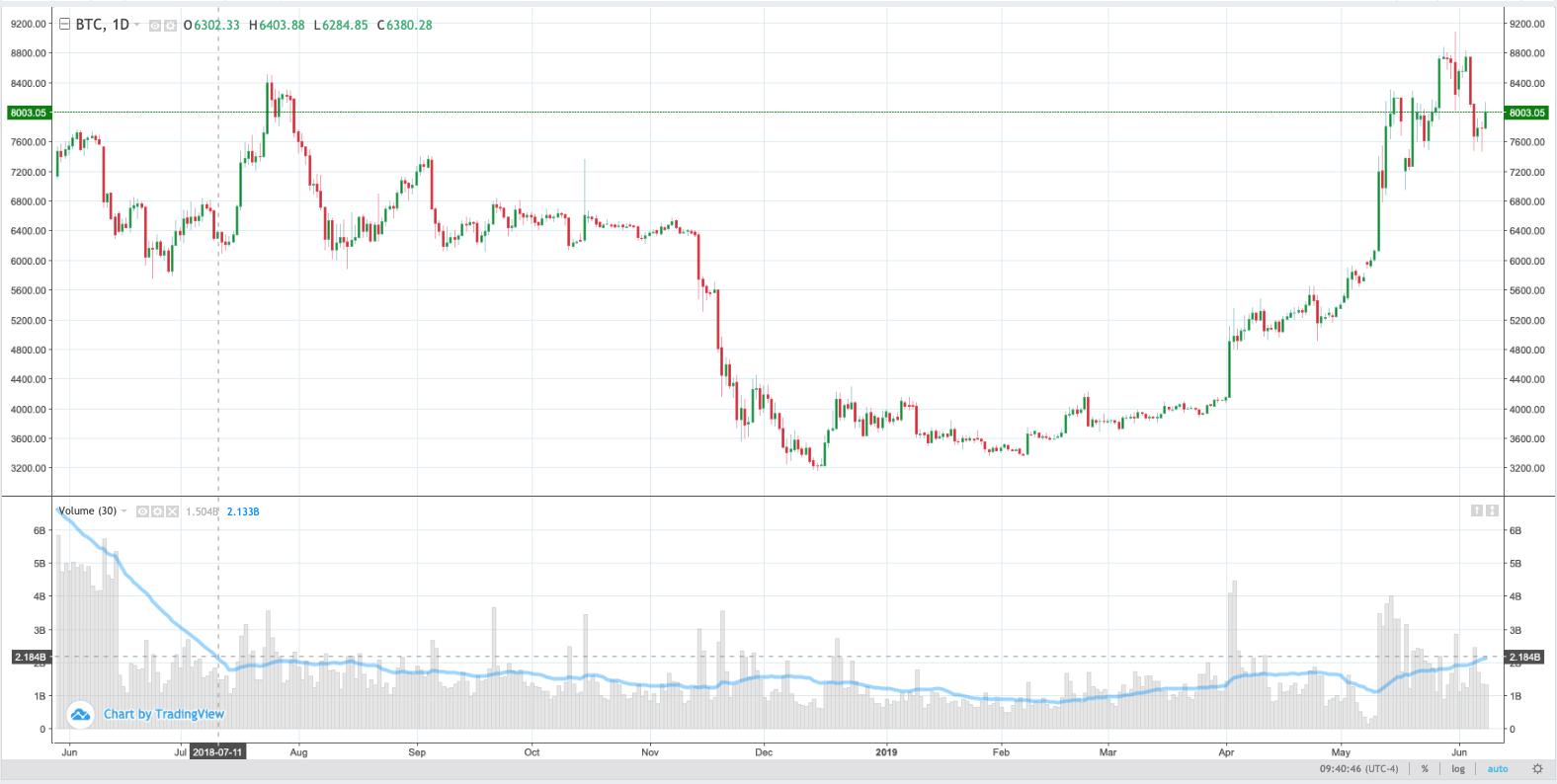 “Real trading volumes across the most trustworthy exchanges also continue to increase. 30 Day Average Bitcoin trading volume (blue line) is now at its highest level since July of 2018.” 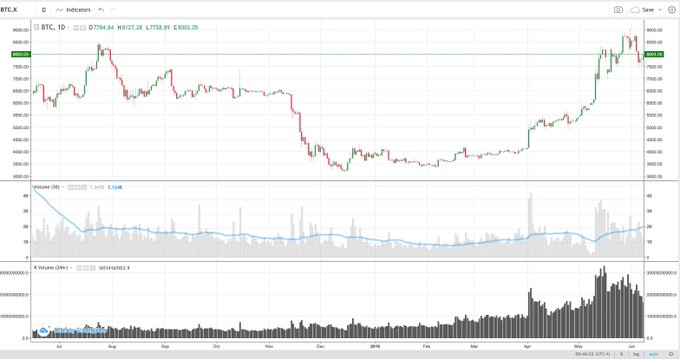 “While real volumes continue to increase, it should be noted that the jump is not as significant as what every exchange is reporting (dark gray). Much of the trading included in that metric is still manipulated. Trusted volume (light gray) vs. Reported volume (dark gray)”

Since there isn’t much regulatory clarity around crypto-exchanges, trading volumes are vastly manipulated. The reported volume and actual volume for most exchanges in the space do not match. According to The Tie, almost 90% of cryptocurrency exchanges’ reported volume might be incorrect.

Bitcoin’s weekly chart closed a weekly candle in red that pulled the price of Bitcoin down by 14%. This could indicate that the momentum of Bitcoin’s recent surge is at its end. The Relative Strength Index for Bitcoin has dipped into the neutral zone from an overbought zone, after staying above it for over a month.