In terms of improved market cap in the past few years, Bitcoin has been one of the most progressively growing virtual asset and the digital currency almost summoned a major price pump since the start of 2019. Due to higher consolidation, analysts in the crypto space had suggested that Bitcoin might be heading towards another major bull run which will cause the price to reach the levels of 2017. 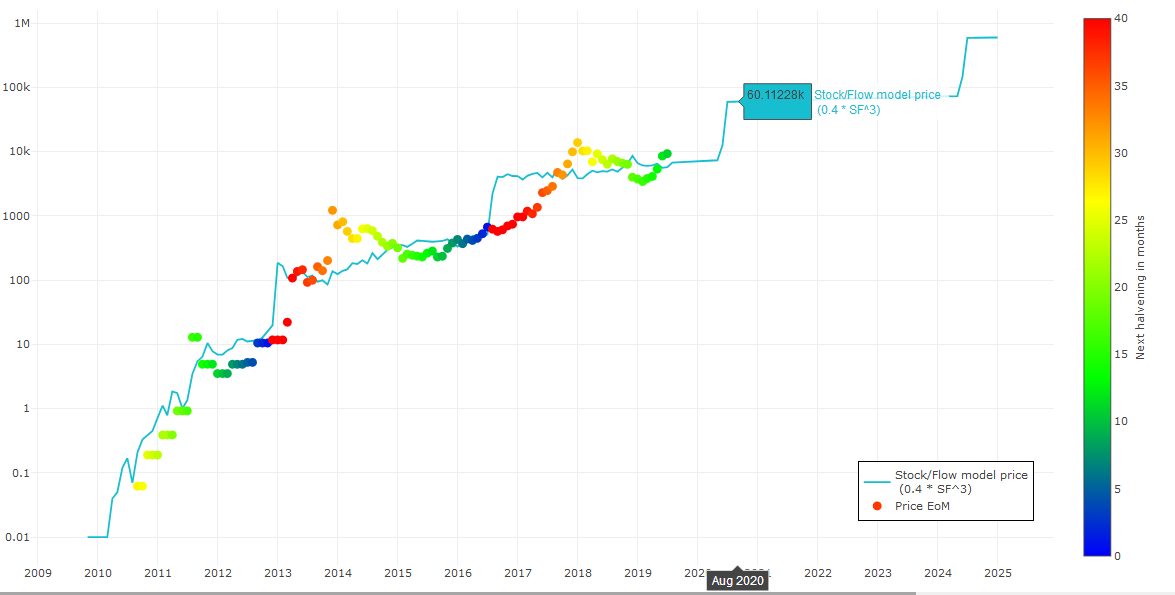 One of the key indexes that have been keeping track of the BTC prices fairly accurately over the years is the Stock-to-Flow ratio. Now, according to recent chart analysis, it was estimated that Bitcoin prices would be around $60,000 by August 2020.

The Stock-to-Flow ratio model for a commodity is basically the number of assets that are available or held in reserves divided by the amount that is produced annually.

The Stock to Flow ratio is an important index because the higher indicated value in S2F reflects reduced inflation occurrence on the asset annually. Gold has one of the highest stock-to-flow ratio, which makes it a global preference for investors due to its scarce value.

Similarly, Bitcoin has been one of the assets which had exhibited a very high stock-to-flow ratio in recent months due to its “low issuance relative to its current supply.” It was also recently reported that the Stock-to-Flow index might be responsible for the market drive of Bitcoin and currently, the digital asset was threading close to Gold, after surpassing commodities like Silver, Palladium, and Platinum.

The suggested price hike of August 2020 can also be pointed towards the impending Bitcoin halving which is scheduled for May 2020. The halving would inadvertently reduce the amount of Bitcoin that would be mint after every block addition which is supposed to drive up the price of the asset. 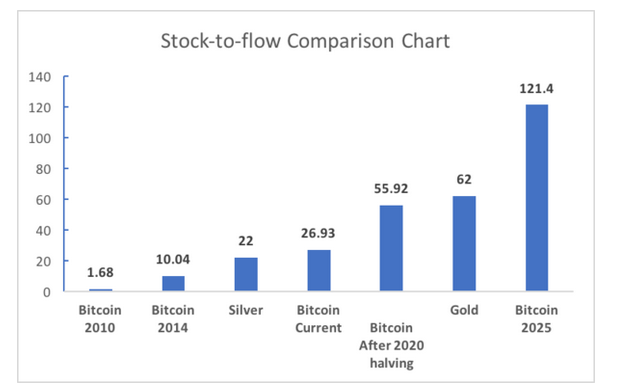 Recently, PlanB, a reputed analyst, also predicted that Bitcoin might breach the $1 trillion market cap by the year 2028 and the prediction was based around the Stock-to-Flow ratio model.

The post Bitcoin prices would go upto $60,000 by August 2020 according to Stock-to-Flow analysis appeared first on AMBCrypto.