Bitcoin quite rightly has shrugged off the sideways swamp which saw the king coin struggle first to break past the $8,000 mark and then the $8,200 mark. However, once the two levels were surpassed, as many analysts pointed out, the BTC price would quickly buoy to $8,700 and so it did.

At press time, the top cryptocurrency is priced just over $9,190 and is looking primed for a move upwards. The last time the price of the king coin was over the mark was during May 2018, as the crypto-winter stormed the market.

Given that Bitcoin was trading at below $8,000 as early as June 12, the nearly $1,000 price pump in the past four days has catalyzed not just the market but the future contract traders. Ever the opportunists, sensing an upwards price move, these investors have certainly revealed their feather and possibly the imminent future of the BTC market, as the price of Bitcoin Futures is already above $9,000.

As revealed by the BTC and altcoin trader, and the host of the CryptoMonsoon podcast, Crypto Monk, described the “clockwork,” move in a recent series of tweets. He referenced the same with the BitMEX Inverse Futures Contracts and BitMEX Perpetual Inverse Swap Contracts chart, which had the price of the same trading at $9,059 and $9,050 respectively. 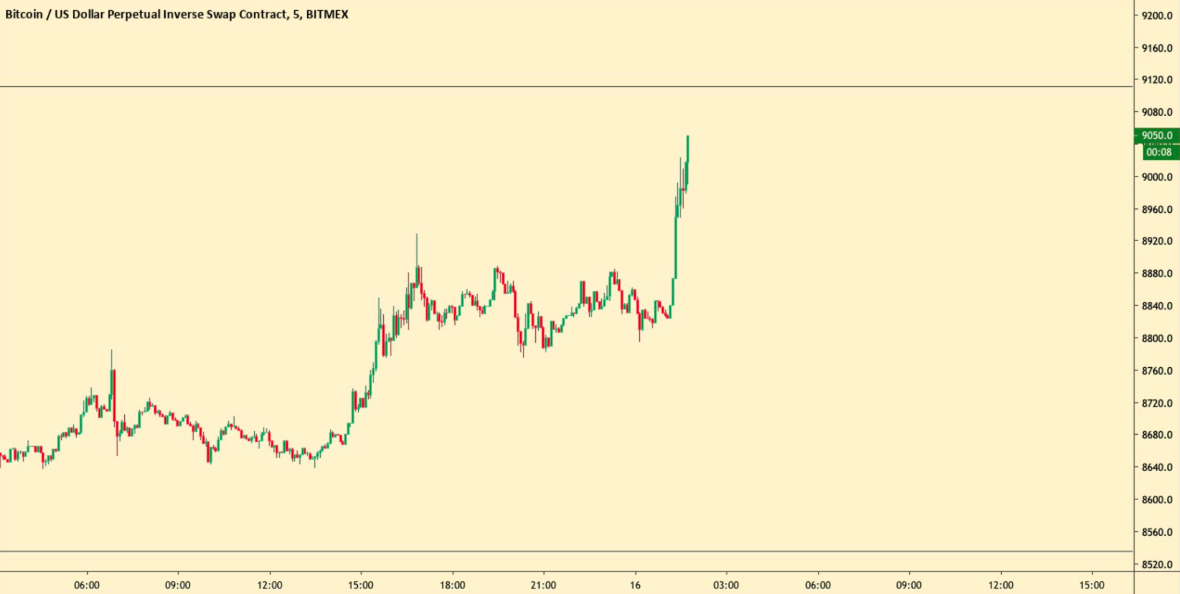 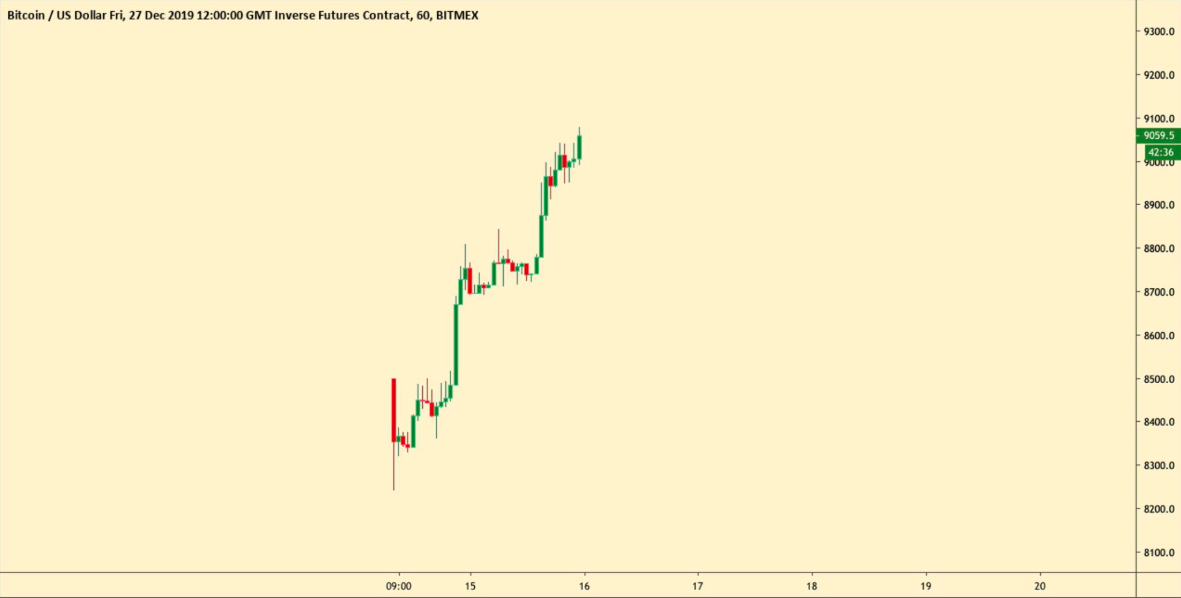 “You all know what that means. It’s a matter of minutes/hours before the spot price catches up.”

Based on this setting of a Bitcoin price spot-futures catch up, the price rally could not stop at $9,000, with several analysts stating that $10,000 and even $12,000 are realistic targets.

MagicPoopCannon, despite the unfortunate name, in his latest analysis has revealed a very fortunate future for Bitcoin. He stated that Bitcoin can likely “EXPLODE” to levels as high as $13,500 in “a matter of days, or just a few weeks.”

Charting out the same while maintaining two distinct moves, “Move A,” and “Move B,” which each has its own sets of peaks. Initially predicting a “head and shoulders,” pattern for Move A following an 83.16 percent gain, however, that turned out to be shortlived. On the flipside, Move B, post its two peaks could point to a “powerful rally,” stated the analyst.

The “insanely interesting part,” according to PoopCannon is the percentage price gain between the Move A’s low second peak to the peak of Move B, which is an 83 percent price pump. If a similar move were to manifest between the peaks, the price could “retrace,” to $13,500.

The major resistance according to MagicPoopCanon will be $9,100, in addition to the five-digit mark of $10,000 acting as a key psychological level for the market.  He added,

Several indicators are also foreseeing a continued bullish swing for the market, support is below the downtrend channel, while the price is rallying higher, no cause for concern. The EMA ribbon is below while money flow is on the up-and-up, and the MACD line has overtaken the signal line, a key bullish crossover.

However, the analyst provided a disclaimer, that should be an overarching theme of any Bitcoin price prediction,

“It all looks good on paper, but nothing is certain. Bitcoin could crash and burn tomorrow for all we know.”