While Bitcoin [BTC] continues to hover below $9,000 and retail investors wait to buy the dip, the whales are throwing caution to the wind. Multiple high-value transfers were witnessed across three prominent cryptocurrency exchanges, totaling over $46 million.

The above transfer was sent to an unknown wallet. However, Whale Alert recorded its address as 3QgjkiHFXLiXkoEDLdKhXcoTihxLpwNb9G, which bears only the aforementioned transaction in its transfer history. 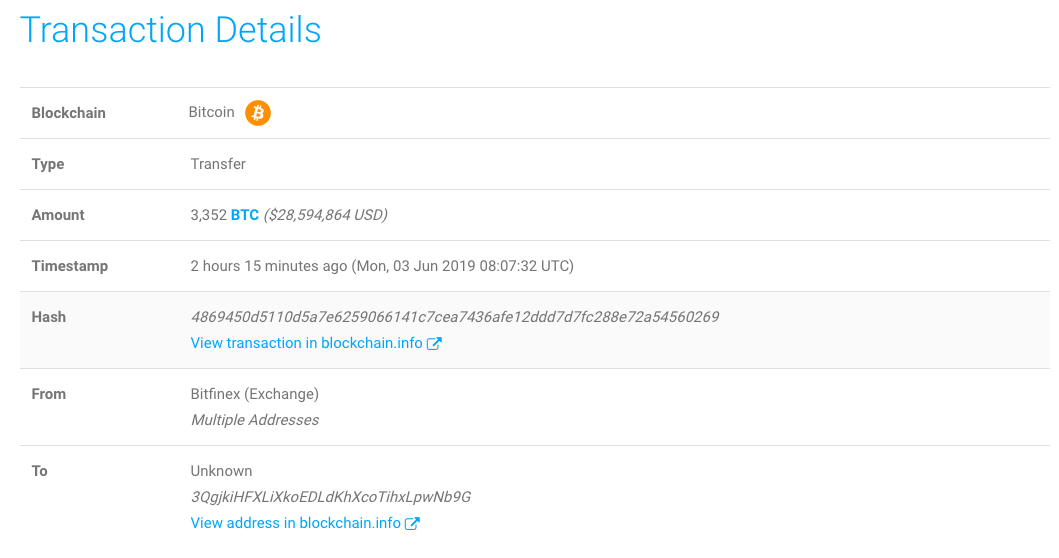 The above transfer was sent to 395eYaWAXVPrn8E71twUFGeHR8FdpxbqtN, which has 433 transactions under its belt with just over $13,000 left in the address. 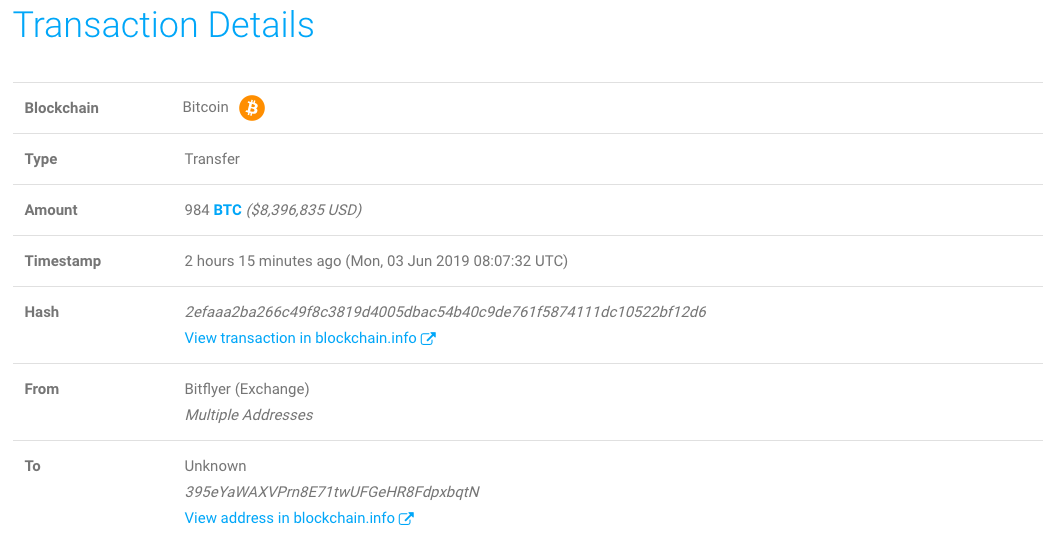 Finally, the final transaction was recorded from an unknown wallet, bearing the address 1Ah9coHMoRrD3D9X4aMhQHiSyFqDUWhSMR to 3LRHZZmHrQWtnYag6HjMBWejXEuAEGo9rR, registered with Poloneix. The said transaction took place on Monday, 03 June at 08:48:37 UTC and had a hash of 75c6263f00def6914abb4056d4465d95e7cc10d6986fa299b166e6a2e167addf.

This whale activity comes at a time when there are growing concerns within the cryptocurrency space that whale movements and whale hoarding will play a big role in price discovery and can even topple organic market movements. 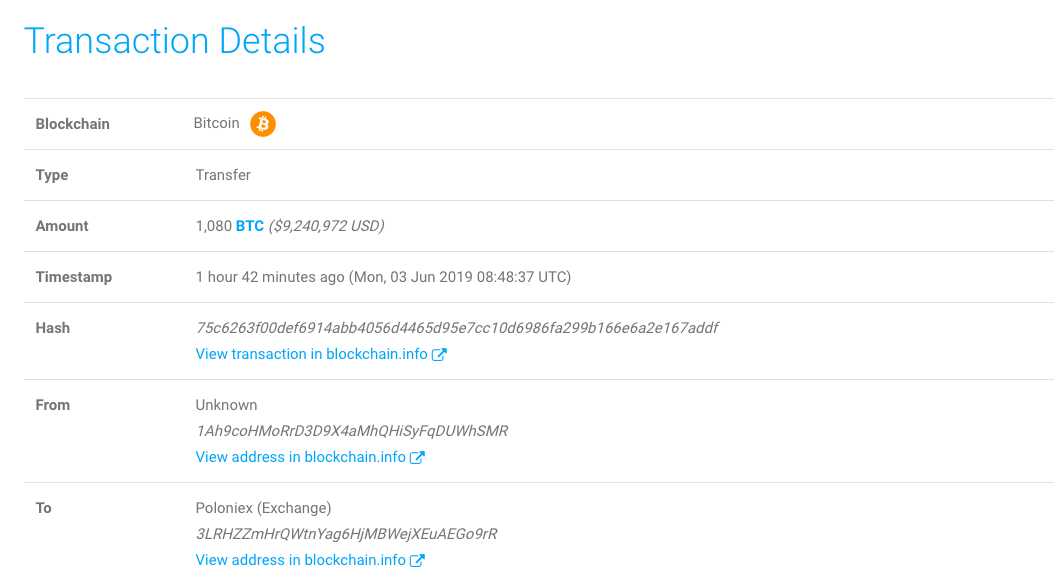 A recent report by cryptocurrency analytics firm Diar suggested that over 25 percent of all Bitcoin funds were held in whale wallets. Around 450,000 BTC have been accumulated by these large-scale hoarders over the past nine months, during the peak of last year’s bear market.

Bitcoin has deviated from its two-month-long bull run, hovering just below $9,000 while recording several run-ups and dip-downs over the past few weeks. After the price peaked at over $8,800 on May 27, the price of the cryptocurrency first held firm and then, corrected itself by dropping to $8,200 on the 31st. Since the month began, the price has shown inklings of a rise, trading closer and closer to $8,800. At press time, the king coin was priced at $8,526.