The Co-founder of OpenBazaar, Sam Patt, made waves in the cryptoverse recently after he released a video and a document explaining why he thinks Satoshi built Bitcoin as a form of payment, and not as a store of value.

The claim “Bitcoin was purpose-built to first be a Store of Value” is false.

In this article I’ve posting every single instance I could find across everything Satoshi ever wrote related to store of value or payments.

It wasn’t even close. Payments win.https://t.co/PkfMiAigZS 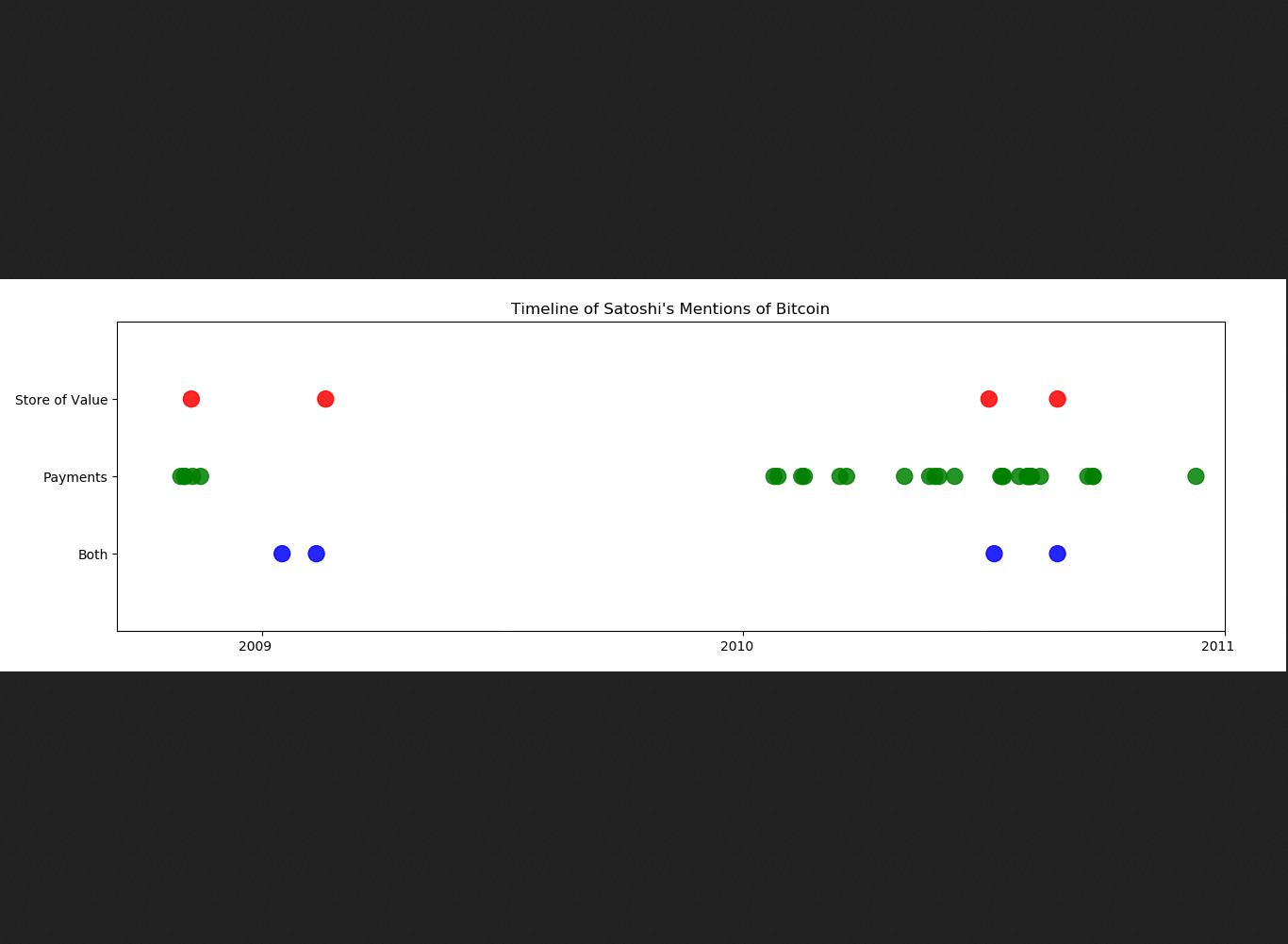 The visualization of the times these words were mentioned by Satoshi Nakamoto is seen above.

“It’s worth mentioning that the results from the tally and timeline above are all from non-whitepaper sources. I intentionally didn’t include the whitepaper when doing the tally because I got tired of SoV proponents dismissing all criticism by mocking people who quote it.”

Additionally, Patt highlighted how people who thought Bitcoin was purpose built as a store of value, omitted certain texts and used words out of context. He also mentioned Dan Hedl, a proponent of Bitcoin as a store of value, who did something similar in one of his tweet threads.

Patt added that Hedl had left out some important context during his explanation. He said that Hedl had cherry-picked words from Satoshi, out of context. Patt stated,

“Dan posted a long twitter thread earlier this year making his case. The thread became popular and is commonly referred to as good evidence for the store of value claim. There are 47 tweets he posts, but only six of them actually quote Satoshi discussing anything directly related to store of value.” 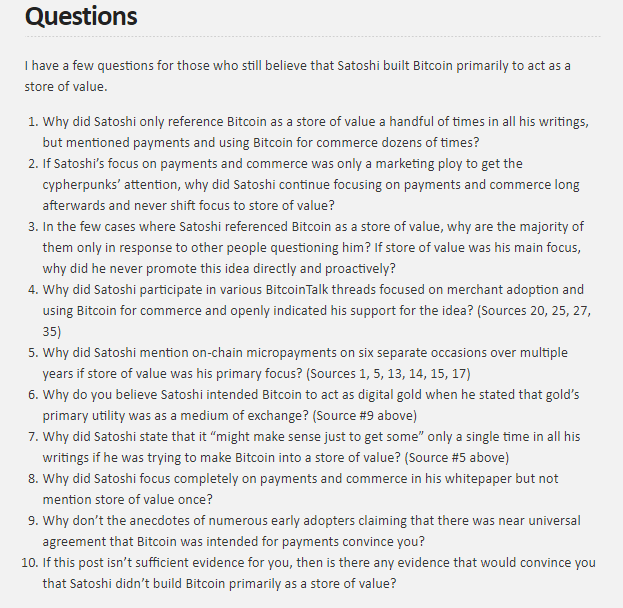 Patt finally encouraged proponents of Bitcoin’s store of value to answer 10 questions, if they believed that Bitcoin was purpose built as a store of value.

The post Bitcoin [BTC] was built for payments, not as a store of value, claims OpenBazaar Co-founder appeared first on AMBCrypto.