The prices of most cryptocurrencies have stabilized as the market recovered from the raging bear’s attack. However, the market movement threw people off from noting several alarming numbers of large Bitcoin [BTC] transactions taking place in the market between prominent exchanges and unknown wallet addresses.

Whale Alert informed the community about these transfers and after looking into these alerts, it was found that approximately 40 transactions had taken place in the past 24-hours where BTC was transferred in large numbers. Kraken, Bittrex, Bitstamp, Poloniex, Bittrex, Huobi, Bitflyer, and Coincheck were noted to be the exchanges which transferred large BTC sums and many transferred them to unknown wallet addresses. 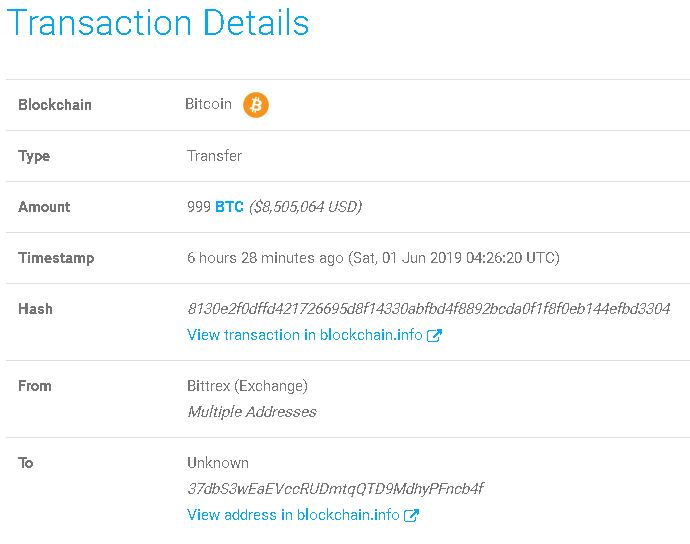 Similarly, Bittrex received 717 BTC from multiple Unknown wallet addresses in one transaction. The transfer, which was carried out to an address, 1P5ZEDWTKTFGxQjZphgWPQUpe554WKDfHQ, had an OP_code that read “People! Help”, followed by an offer to buy their BTCs. 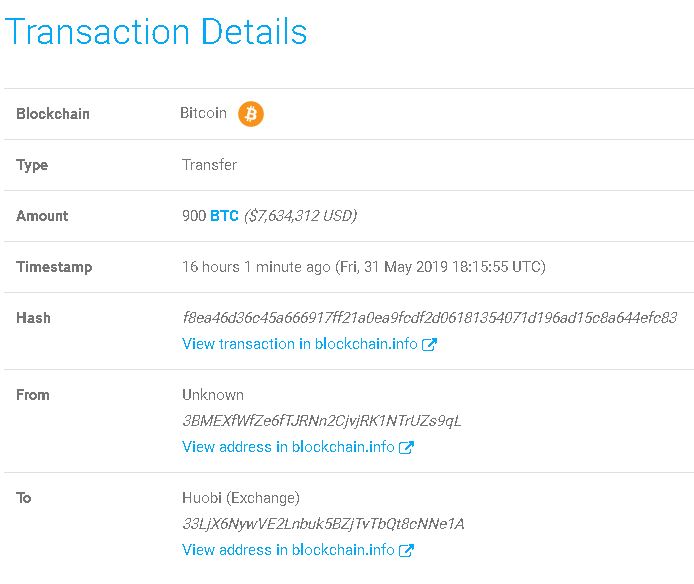 After investigating further, it was found that most of the funds were getting accumulated in one particular wallet address, 1PXYPhRA4owVkUKWdfxnVJNbbNaoyfwufk.

Such Bitcoin [BTC] transfers are reported on a daily basis, where users and hackers could put their hacked/stolen BTC in a pool and later mix drop it in an exchange. The market awaits a bull run as BTC registered a 3% growth over the past day. At press time, the coin was valued at $8,565.45, with a market cap of $151.91 billion. The 24-hour trading volume of the coin was noted to be $23.95 billion as it noted 6.60% growth in the past week, but the coin slipped by 0.38% within an hour.