The comparison between tangible and digital assets has been going on for a long time and is likely to go on, especially since Bitcoin has outperformed most assets in 2019. This includes not just oil and a majority of the S&P index, but also Gold, traditionally used as a hedge against economic risks due to its store of value.

Tuur Demeester, Founding Partner at Adamant Capital, shared his viewed on the subject after he tweeted,

“Bitcoin is arguably more politically neutral than gold, because it can be stored in the cloud. To wit: a gold bar is by definition stored on one nation’s territory, whereas Bitcoin’s collaborative custody allows for non- or multi-geographic storage.”

Gold has always been controlled by either an individual or the governing body who owns it. On the other hand, Bitcoin does not come under any regulatory body, and its distributed ledger is held and controlled by thousands across the world. This makes it advantageous over a tangible asset such as Gold. Unlike Gold, BTC does not need any physical space for storage, which makes it more safer and secure for long term ownership. Further, in order to exchange BTC, users do not require permission from any third party, as in the case of gold traders who required a valuation certificate to do so.

BTC and Gold’s utility as a medium of exchange was valued after taking into consideration essential capacities such as mechanism of trade, unit of record and store of significant worth. 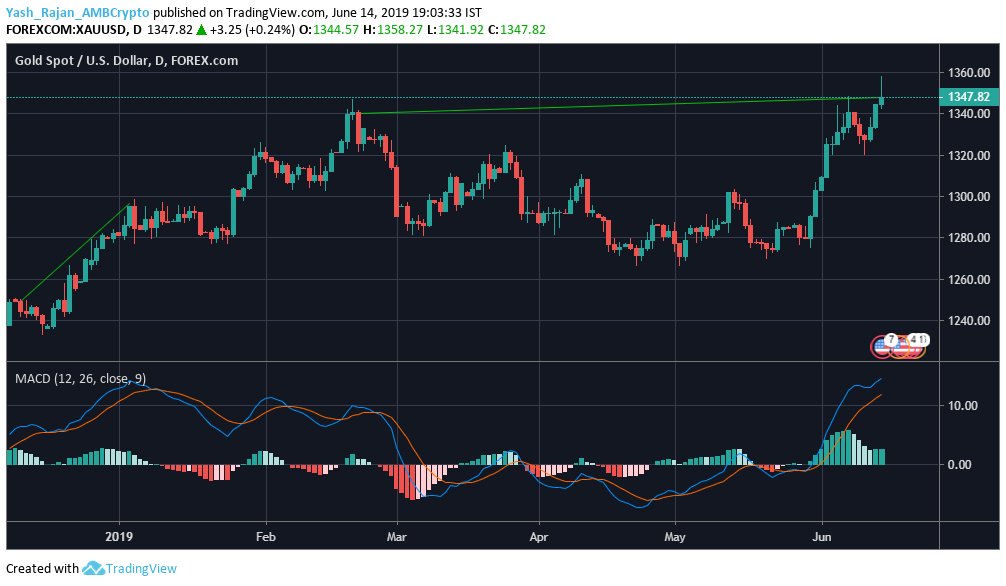 As evidenced by the above graph, Gold’s value in 2019 maintained a sideways trend, owing to consistent alternating upward and downward patterns. A parallel between Gold and BTC was drawn since the latter is seen by many as very volatile and unpredictable. 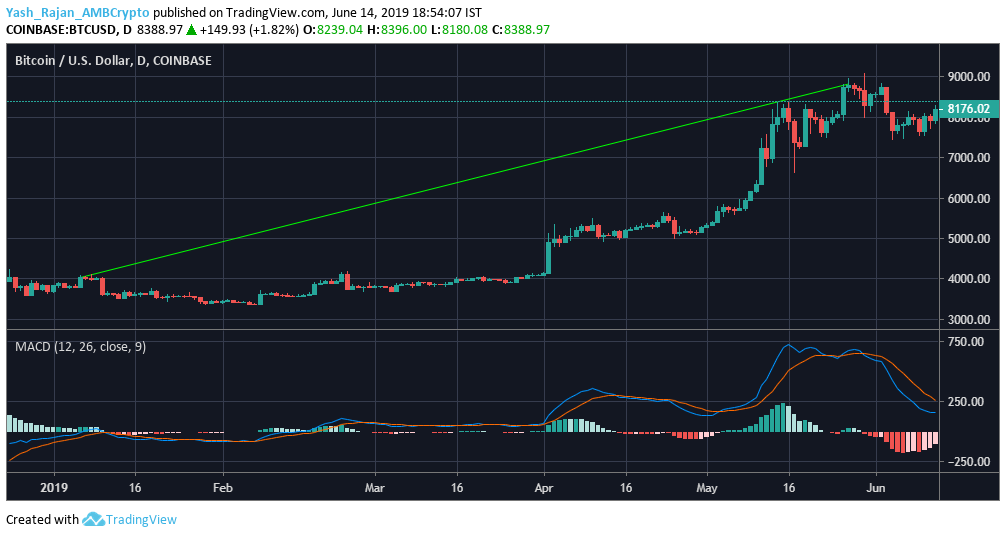 Bitcoin has displayed a stellar performance in terms of value recovery post the crypto-winter. Recently, BTC also made headlines for recovering and climbing to the $8,000 mark.

However, Gold is still viewed as a safer bet against risks in many quarters, as Bitcoin continues to be marred by concerns of volatility and unpredictability.