Bitcoin’s [BTC] price scaled a new peak on May 3 after the coin managed to break its immediate resistance. The coin even surged over $6K on Bitfinex, a crypto-exchange marred with controversies. Even though the community speculates that the bull run for the coin has already begun, another crypto enthusiast pointed out an anomaly in BTC charts, where the shorts rise along with the price of the largest cryptocurrency. 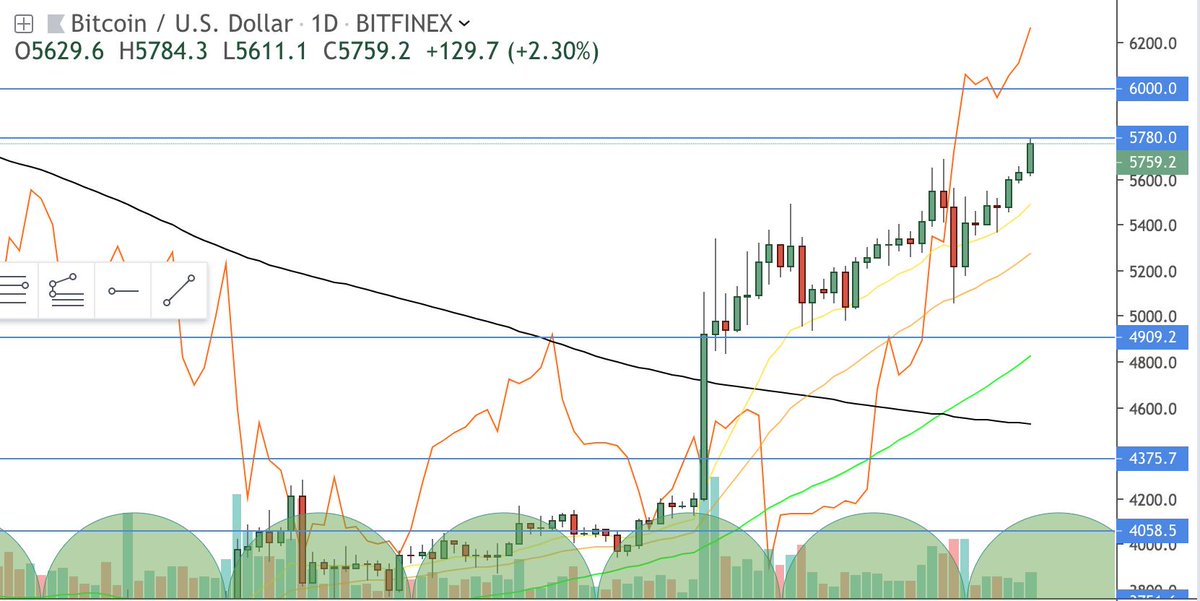 Even though many argued the price of the coin on the exchange, the user explained that ‘it’s where the shorts play!’ Bitcoin’s price rallied to as high as $5,729 on Coinbase and according to data provided by CoinMarketCap, it was valued at $5,807.90.

Bitcoin finally breached the $100 billion market cap after a long time, noting a market cap of $102 billion, at press time. The 24-hour trading volume of BTC was $18.51 billion, with the price surging by 6.28% over the day. In the past seven days, the coin hiked by 10.12% and continued to register growth by 0.23% within the hour.

“The Longs. Stay in trend.”

Another crypto influencer, @Crypto_Bitlord, was bullish on BTC for the past couple of days and was speculating the value of 1 BTC to be 4,399 GBP. The user assumed a short position beforehand and tweeted,

“In a short position $20 off liquidation and the cat just kept screaming at me to feed it.”

Twitter influencers aren’t the only ones positive about Bitcoin’s pump. Old-school trader, Peter Brandt, compared the previous bull run trend with the current one and said,