The lawsuit might have subsided after the new injunction by New York Supreme Court, but it is likely to resurface again. As per data obtained from CoinMarketCap, the market cap of Tether increased by a couple hundred million in the past month, which adds fuel to the rumor surrounding the exchange. Moreover, about 12 million USDT was moved from Tether Treasury to unknown wallets as seen on Ether Scan. 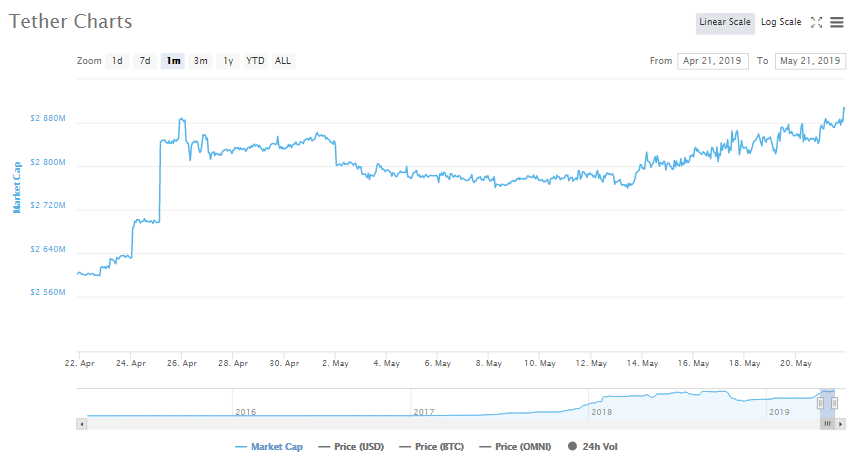 In addition, the above chart by CoinMarketCap shows how the market cap of Tether [also circulating supply] has increased by over a $300 million in a month, i..e, $2.6 billion to $2.9 billion.

Tether just keeps pumping ’em out – ten million more ETH, too. Bitfinex gets a 10 for attitude and a 0 for logic. pic.twitter.com/kD1xmHGWwu

Moreover, according to The Block, Tether also admitted in court to investing some of its reserves in Bitcoin. The article stated:

“Prior to the April 24th order … Tether actually did invest in instruments beyond cash and cash equivalents, including bitcoin, they bought bitcoin.”