Over the past few years, the crypto-space has noted numerous scams and hacks where exchanges have lost large chunks of crypto. While a few were able to gain their funds back, many were left empty-handed. Bitfinex’s hack gained a lot of traction and opened gateways highlighting the various discrepancies in Tether. Following the same, the New York Attorney General’s office had restricted Tether Ltd from using its reserves.

On May 20, Whale Alert, a large cryptocurrency-related transactions tracker, noted a movement of funds from Tether’s Treasury to an unknown wallet. The amount in question was 9,890,100 USDT, worth $9,895,132. 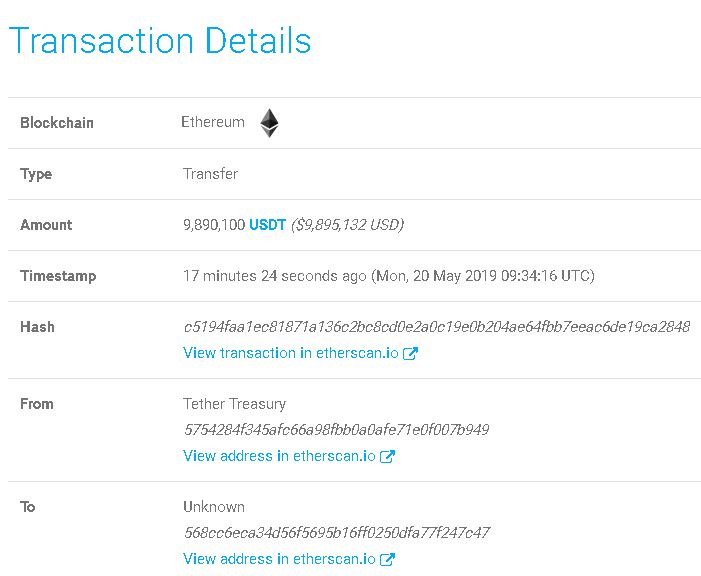 However, the value of transactions was is noted to be zero. Similarly, on May 20, Whale Alert also alarmed the community about another transaction from an address it identifies as the ‘Cryptopia hack’ account to an unknown wallet. The amount in question was 30,790 ETH, worth $7.74 million. The exchange has not yet confirmed the incident.