The prediction that “2019 is the year of the stablecoins” seems closer to reality after Tether recorded trading volumes rivaling the world’s leading cryptocurrency, Bitcoin [BTC]. The crypto-community witnessed Tether [USDT] exceeding Bitcoin’s [BTC] 24-hour trading volume by almost $1 billion, at press time. While Bitcoin sported a trading volume of $26.7 billion, Tether maintained an impressive trading volume of $27.2 billion, according to CoinMarketCap. 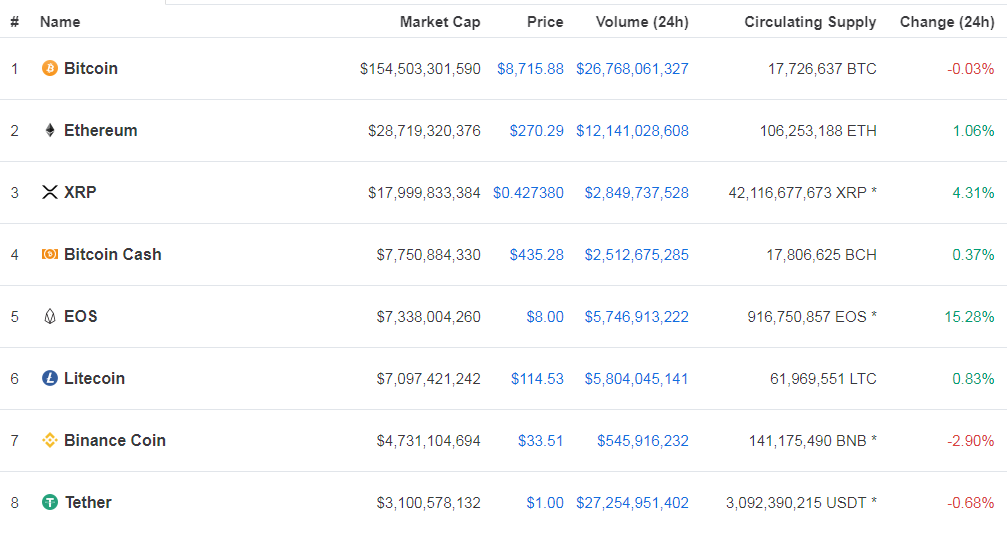 The surge in Tether’s 24-hour trading volume was a surprise since the altcoin struggled to recover substantially from the crypto-winter. The primary driver behind Tether’s slow recovery was the recent Bitfinex-Tether scandal, which directly affected trust among investors.

Tether’s current trading volume surge was speculated to be due to the company’s decision to print $300 million worth of USDT. Additionally, the coin accelerated its efforts to introduce new trading pairs and ICO listings, aimed at new crypto-enthusiasts. The rise in Tether’s trading volume can also be connected to “whale” trading, which can result in an eventual dump in the foreseeable future. Another concern for investors was that only $8 million more USDT could be printed.

Interestingly enough, a Twitter user, @lawmaster, recently highlighted that all major exchanges were trading Tether with a weighted average premium of 0.6%, making the crypto more expensive than USD.

While the company has not provided any official statement regarding its trading predictions, its numbers are an indication of the rising stablecoin market. As a result, the community found itself at crossroads with Tether’s possible prosecution and inevitable rise. If stablecoin adoption continues at the same rate, USDT may steal Binance Coin’s [BNB] thunder and become the seventh largest crypto-asset on CoinMarketCap.