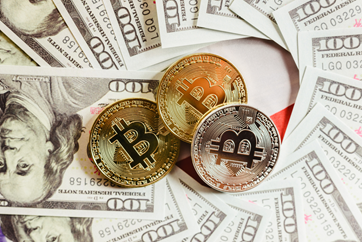 So far various types of cryptocurrencies have been invented, but Bitcoin is a widely accepted electronic currency that allows you to receive and transfer funds without involvement of a third party such as bank. Bitcoin is the oldest and most popular digital currency, but it is getting harder to mine. Since it is pervasive and widely admired, it does not mean that this is the best currency. There are many other digital currencies superior to bitcoins. This blog discusses them in detail.

Litecoin was created by Charlie Lee in October 2011. It is also a peer-to-peer payment but it outperforms bitcoin. One of the advantages of using these coins is reduced transaction fees. This form of electronic cash processes faster payment. It is the first alternative to Bitcoin. The mining of Litecoins are not as expensive as Bitcoins. Yet, this digital currency has never been able to achieve the same iconic status and prominence as Bitcoins, the world’s first digital currency.

Moneroo has been introduced to maintain the privacy of transactions. It was released in April 2014 to support anonymous and untraceable transactions. The currency allows you to send and receive funds without being known to others the origin, destination and the amount. The mining process of Bitcoins is tough and it requires complex computer systems while Monero’s algorithms support ordinary CPUs. The ambition of introducing this cryptocurrency was to prevent expensive mining.

Zcash also focuses on maintaining privacy of transactions. It was launched in October 2016 and uses zero-knowledge algorithms to keep all transactions unknown to others. Zcash is a fork of Bitcoin. The only difference is the former maintains 100% privacy and the latter does not offer any privacy as all transactions are stored in publicly visible blockchain. However, Zcash also offers public transactions. If you choose private address, your transaction will stay anonymous and if you choose public address, it will be known to everyone.

Dash has overcome the flaws of Bitcoin blockchain. Dash is based on self-funding and self-governed blockchain protocol that ensures instant payments. Dash is featured with InstantSend, which means you can send the payment to another digital wallet just within a second. You can also use PrivateSend feature that allows you to keep all details of your transaction such as destination and amount anonymous. It also comes with the features of Masternodes to incentivise users.

Nowadays people invest in cryptocurrencies to earn big profits. If you are also looking to invest in them, go for it even if you are running out of money as you can take out a short term loan with bad credit and no guarantor.

Try to take out these loans from a reputed direct lender such as Easy Cheap Loan who provides them at competitive interest rates and flexible terms. You just need to put in the loan application online and funds will be yours. You can use them as you want. These bad credit loans with guaranteed approval do not require you to arrange a guarantor, nor collateral. These loans are featured with same day funds transfer and instant approval. The lender will not run hard inquiries, so you do not need to be afraid of losing your credit score.

Hi, I am Carol Adams, an avid financial blogger, with one of the consistently growing finance companies in the UK. I’m enjoying my profession and recently found a hobby- of course, it is nothing else but BLOGGING