With the rapid rise of Bitcoin [BTC] and the larger cryptocurrency market, cryptocurrency exchanges are increasingly under the compliance radar, with respect to price manipulation. Since the beginning of April, Bitcoin has risen by over $4,000, and several reports since have questioned the liquidity of exchanges.

The most prominent of these reports was the one from Bitwise, which stated that 95 percent of exchanges fake volume and only 10 exchanges reported “real volume.” Of these 10, Kraken was touted as a “real” exchange. However, one veteran trader does not deem it so, eluding to the exchange’s ‘price manipulation,’ even demanding a “public statement” from the Jesse Powell-led exchange.

Noted trader Peter Brandt gave Kraken the “F-” grade on the basis of “order & liquidity.” In a May 28 tweet, the soft-spoken trader highlighted two cases of what he deemed “price manipulation,” on the San Francisco-based exchange.

The trader deemed this rapid ‘price manipulation’ as customized movement for some personal “financial benefit.”

@krakenfx gets grade of F-. A job of exchanges is to provide order & liquidity. w/o regulation what keeps exchange from manipulating prices & purging stops for its own financial benefit????? No excuse for this. #Kraken, public statement pls. pic.twitter.com/ZDcUK1nibK

The first XBT/USD chart, plotting 1-minute candlesticks, showed a significant dip from $8,722 to $8,200, a 5.98 percent drop in sixty seconds, followed by an immediate climb over $8,600. Based on this data, the price of BTC on the exchange moved by over $900 within a two-minute window.

Brandt also highlighted the effect this fluctuation had on the 1-hour chart, which showed a green wick from over $8,700 to $8,200. 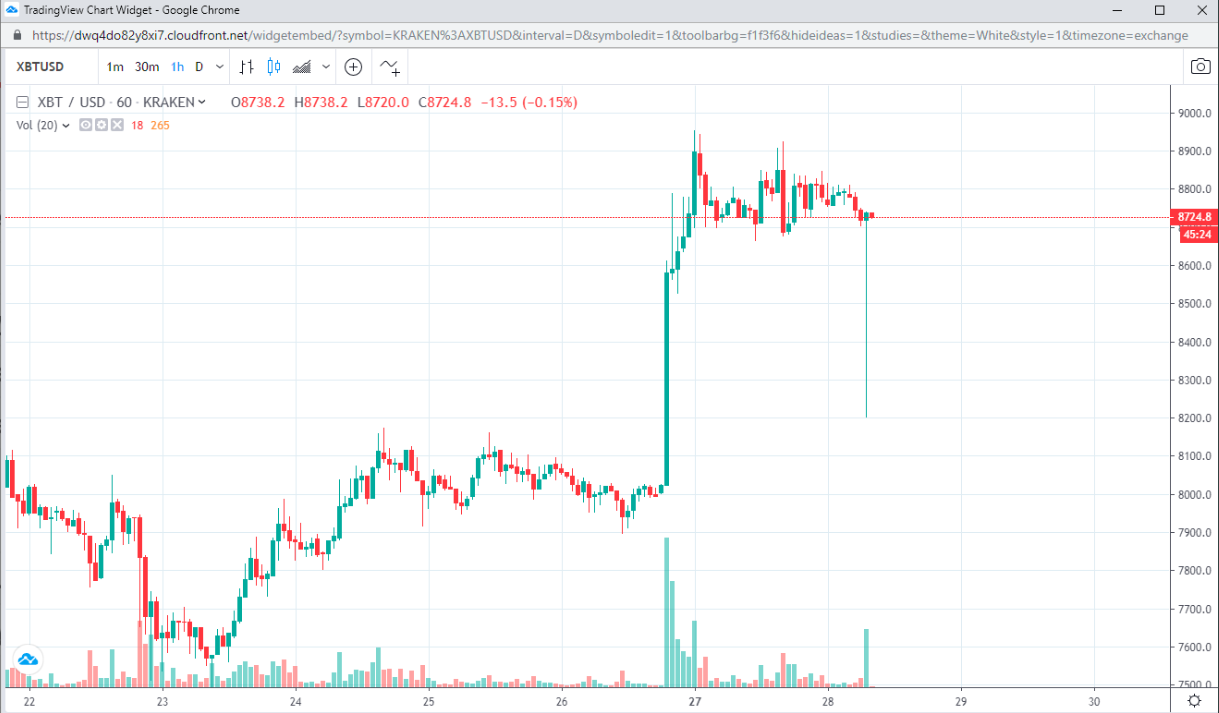 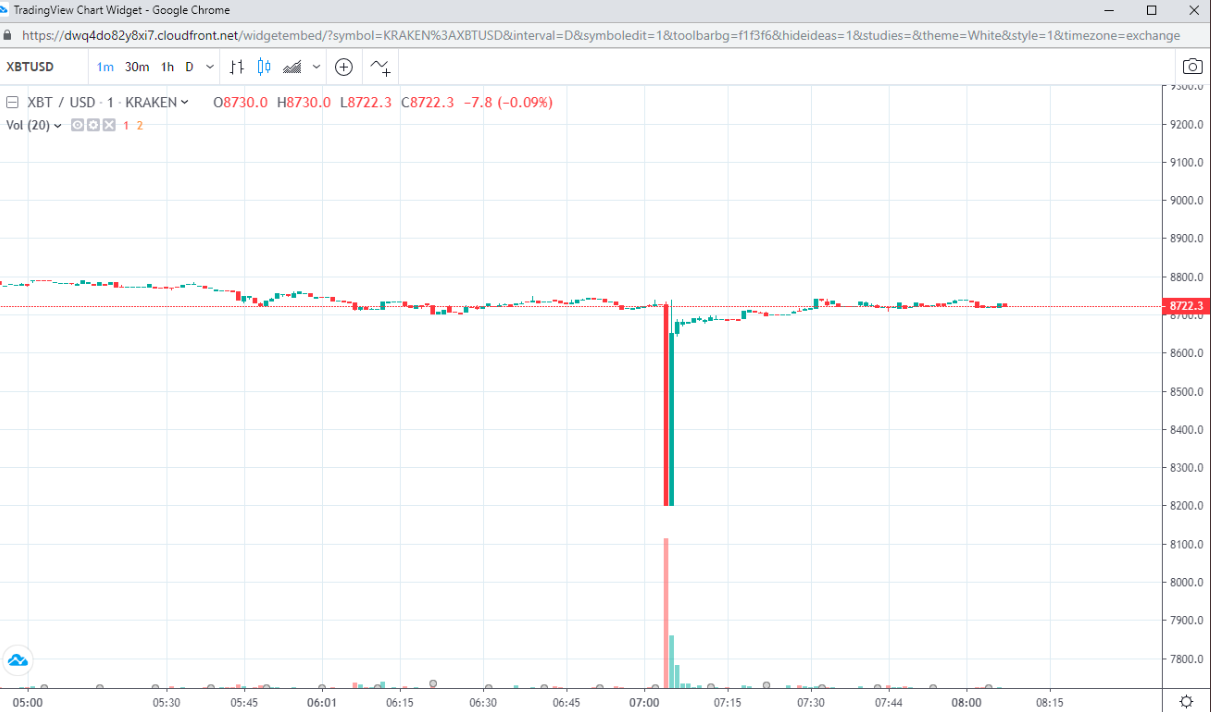 It should be noted that this is not the first time the price of Bitcoin has exhibited an isolated and unexpected movement on Kraken, while remaining relatively stable on competing exchanges.

Towards the close of April, when the New York Attorney General released its report on the Bitfinex-Tether fiasco, the price of Bitcoin dropped from a high of over $5,500 to under $5,200, well clear of the $5,000 mark. However, Kraken saw a peculiar BTC dump to below $4,500, before the price climbed quickly back up above $5,100.

Following this episode, some crypto-proponents opined that “dirty spillage” occurred on Kraken’s “illiquid book,” leading to this obscure market movement, in stark contrast to the collective market.