The recent market surge witnessed a major growth as virtual assets collectively improved the overall market capitalization of crypto assets, which was around $248 billion at press time.

Bitcoin [BTC], the most popular asset, breached the $8000 mark almost after a year, and was consolidating above $7500, at press time.

Ethereum [ETH] received its fair share of good fortune too and according to a recent report by Longhash, the Vitalik Buterin-led crypto asset’s ROI “outperformed” Bitcoin over the past month. 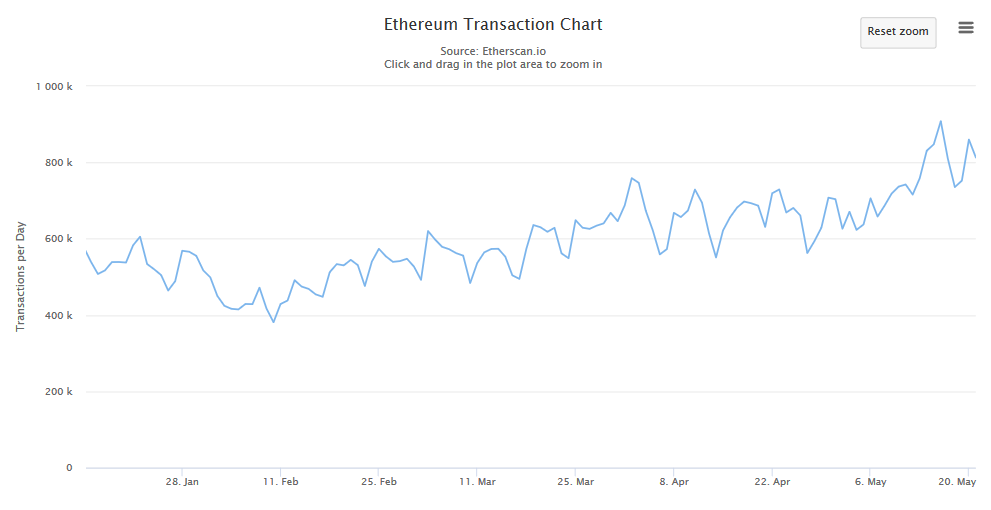 According to data released by Etherscan.io, the number of recorded transactions on the network on 21st May was 812,799. This is a significant increase in the span of three months. On Feb 21st, the transaction witnessed was around 544,817. The present-day numbers are 40 percent higher than the ones recorded in February. 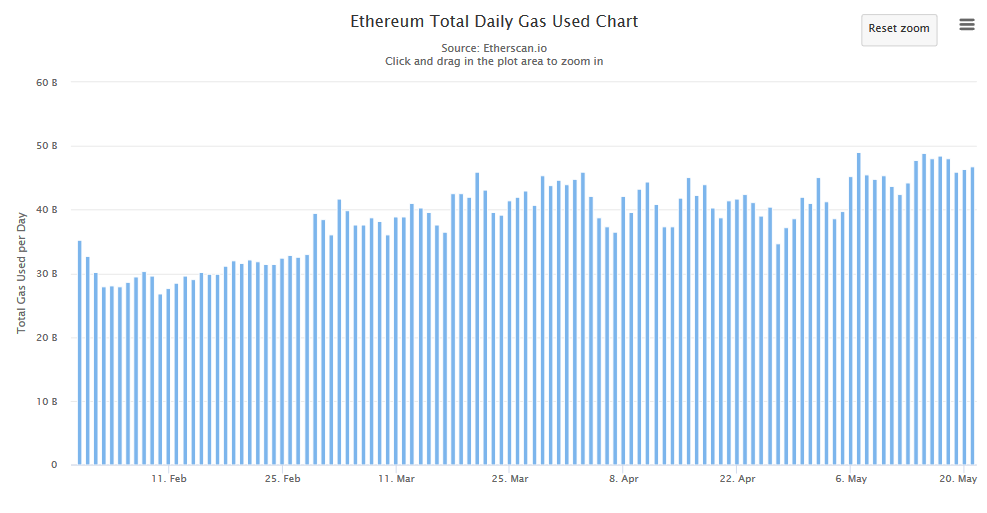 This increased usage of Gas indicated that the transactions taking place in the network were not solely based for payments. Instead, some of them might have been carried forward to “operate smart contracts.” The average Gas consumption on the Ethereum network was about 67000 on 21st May.

At press time, Ethereum was valued at $253.46 and the market capitalization was recorded to be $26 billion. Over the last 24 hours, the token experienced a minor 0.72 percent hike. However, the hike over the past seven days was significant, with a growth of 10.15 percent.