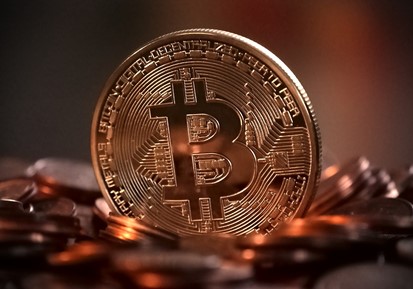 The bitcoin price has been steadily going up over the last few months. That’s great news for all the BTC holders out there, but perhaps they shouldn’t be getting overly happy with the development. It’s true that after the nightmare of 2018, which was the absolute worst year for bitcoin, this recent upturn seems like salvation. But one should worry about how the majority of this change might be driven by speculation. If that’s the case, the prospects for cryptocurrency (BTC and any other) aren’t all that good. In fact, it might not get to be a major player on the international payment market for quite some time, if ever.

Bitcoin Rising Again: Is It Strength or Speculation?

Some people closely involved with bitcoin say that about 85% of its value is the result of speculation. Well, that might be true, but how much does it really matter as long as it does have a high and consistently growing value?

The most important thing to focus on is whether bitcoin will be stable and that depends on its actual uses as a currency. At the moment, BTC remains a rather rare commodity. Despite its many benefits, few places accept bitcoin and the majority of those are retailers.

Making international transfers in BTC is both simple and not. On one hand, you get to avoid all the hassle and exorbitant bank money transfer fees. On the other, you are still limited to bitcoin, which means you can’t do all that much with it. Transferwise currency does not support any crypto currency, just like any other online money transfer company. This means that investors who rely on these services to fund various projects overseas cannot use BTC to do this.

But does this mean that there is no future for bitcoin?

No, the benefits offered by cryptocurrencies are far too numerous for them to fall into obscurity. Changes are already happening that will see bitcoin develop and, quite possibly, gain its place among other full-fledged currencies.

The most notable step toward this future happened just a few days ago when Fidelity, a renowned asset management firm, announced it will start buying and selling BTC for its clients. This means that bitcoin is well on its way of becoming an accepted currency among international investors. This is the first time that major institutions showed an inclination to work with it. The fact that BTC is entering a bull market now bodes well for its future as a whole.

What About Other Cryptocurrencies? Do They Have a Chance?

Bitcoin is not the only cryptocurrency out there, but while its progress is promising, others cannot boast the same thing. No other digital currency has gotten close to BTC from the very beginning, and the increase in the number of contenders didn’t change the fact.

For a hot minute there, ripple (XRP) seemed to be rather promising, but it has been steadily losing ground to bitcoin. With the latest changes for BTC, this trend is sure to continue. However, one shouldn’t discard XRP as it seems to be favored by banks and thus aiming for a subtle takeover of the global finance operation. The chances of that coming true don’t seem too good so far, but the existence and success of ripple as a cryptocurrency is another piece of proof that this form of payment will gain recognition. Therefore, in a few years cryptocurrencies might become a universally accepted and even preferred form of payment in some situations.

BTC Vs. Online Money Transfer Companies: The Prospects Are There

Online money transfer companies, like Transferwise, might start looking at the progress of bitcoin and cryptocurrencies in general with a wary eye. While they can’t contend with them yet, blockchain technology is on the rise and in the future might make money transfers as we know them obsolete.

However, this change won’t come for quite a while and the usefulness of online money transfer companies isn’t likely to go down any. In fact, they become more needed by the day as the globalization progresses and banks remain immovably inefficient with their high fees, long transfers, and exorbitant currency exchange rates.

Of course, clever money transfer service providers might start adding BTC to their currency portfolio quite soon. But this will require them to make a variety of adjustments to their operation protocols.

All in all, the future of bitcoin looks good, other cryptocurrencies aren’t quite there, but they might get a chance to ride the wave of BTC success. But one shouldn’t forget that cryptocurrencies are volatile and will remain so for a while. This means that the risk of the dreadful 2018 repeating itself is still there. The fact that bitcoin’s rise in price is likely due to speculation only proves that drops in its value are inevitable. The question, however, is whether it will be able to pick up and get stronger. According to experts, it definitely will.