Bitcoin [BTC] and other cryptocurrencies in the market have been on a roller coaster ride this month, with several coins recording significant growth, when compared to the beginning of the year. One of the most significant events of the year was Bitcoin, the largest cryptocurrency, breaching the $5000 mark. Skew Markets, a data analytics platform, released a report on April’s events, pertaining to the cryptocurrency market on Twitter. 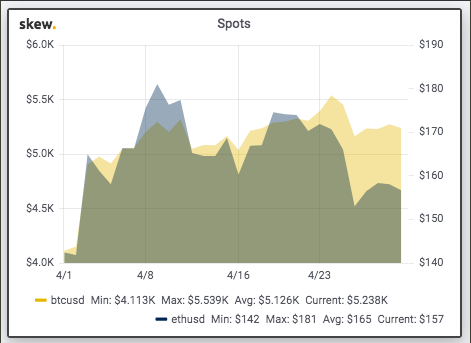 According to Skew Markets, the two main events pertaining to the trading of Bitcoin [BTC] and other cryptocurrencies were the short squeeze, and the NY AG Bitfinex/ Tether investigation. 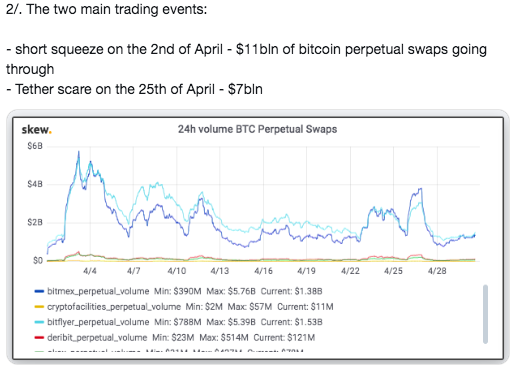 11/. Worth noting the ETH / BTC six months implied spread is trading at nearly flat which seems to be a function of poor liquidity on the ether options side.

Market currently sees ETH as volatile as BTC over the next six months. pic.twitter.com/HgbJyGgCvL

Further, the analytics platform stated that the cryptocurrency market took the news that Tether was not completely backed by reserves “reasonably well,” adding that USD Coin [USDC], TrueUSD [TUSD] and Paxos [PAX] were “benefiting marginally.”

The post Cryptocurrency market forecasts Ethereum to be as volatile as Bitcoin over next 6 months, claims Skew Markets appeared first on AMBCrypto.