With government bodies discarding cryptocurrencies and the private sector accelerating its foray into the cryptoverse, the general public is yet to take sides. In fact, several crypto-proponents have started to reach out to investors for their endorsement on the industry. A recent tweet shared by @Ta_Giggs has been gaining traction for all the right reasons.

The tweet highlighted the interest of a major American tycoon, in the world of cryptocurrencies. The tweet read,

“Even big investment tycoons like @theRealKiyosaki speaks of cryptocurrency, don’t be left out on crypto investment.”

What caught the attention of crypto-enthusiasts however, were the screenshots attached to the tweet. The screenshots highlighted Robert Kiyosaki’s personal opinion on the inevitable rise of cryptocurrency. 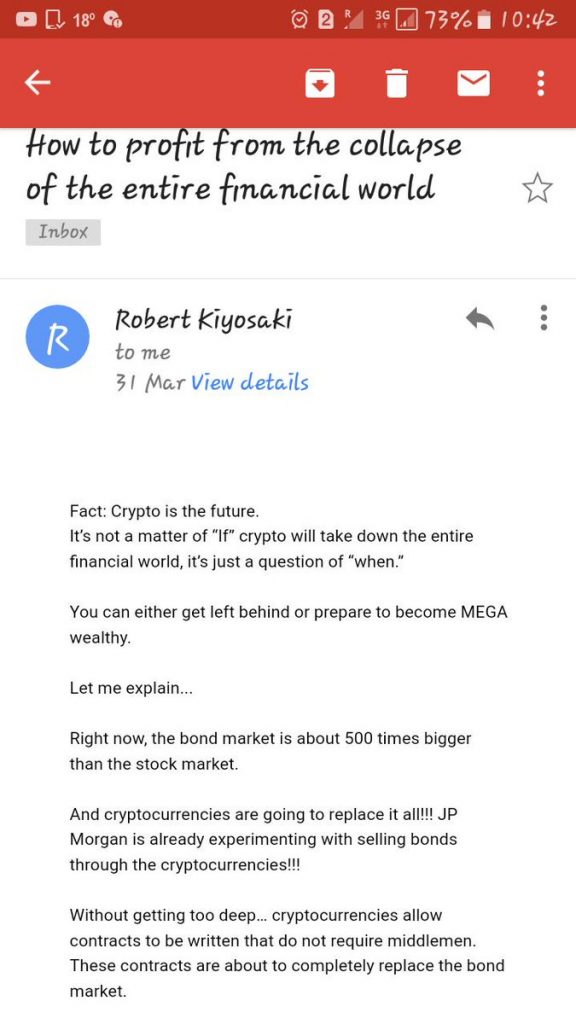 Kiyosaki’s email specifically stated that ‘Crypto is the future,’ followed by a warning to the recipient. The warning read,

“You can either get left behind or prepare to become MEGA wealthy.”

He further wrote that the elimination of a middleman will help the world monetary system reduce dependence on the bond market. The email also expanded on the ‘freedom’ aspect of cryptos, while discounting reliance on traditional Wall Street or NASDAQ exchanges. The email also touched upon the rise of a “new way of raising capital through ICOs.”

Kiyosaki also asked the sender to note how “many international banks have stopped sending digital dollars and have started sending crypto transfers instead.” Contrary to Warren Buffet’s opinion on cryptocurrencies, he added that the US Dollar is already being replaced, without anyone noticing. 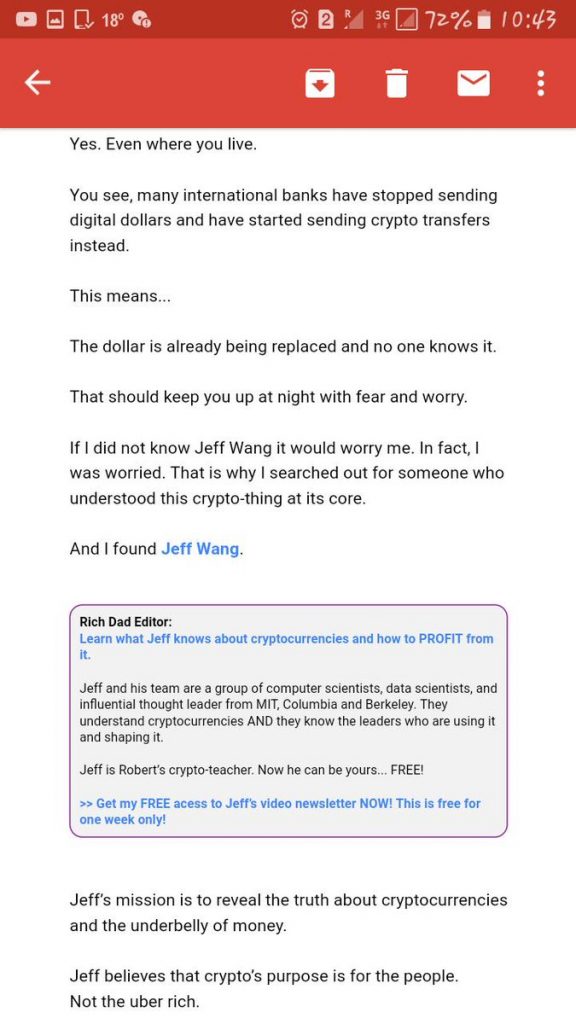 And while it’s not clear as to who the recipient was or what the overarching intention behind the email was, screenshots of the same are quickly gaining attention on Twitter. It should be noted, however, that Kiyosaki hasn’t come out publicly in favor of cryptocurrencies yet, neither has he commented on the screenshots that have been shared on social media nor has he confirmed the authenticity of the same.

The post Crypto is replacing the US Dollar and no one seems to be noticing, claims prominent investor Robert Kiyosaki appeared first on AMBCrypto.