According to a previous order by the court, Wright was expected to provide “transactional records” confirming BTC that he owned as of December 2013. The BSV proponent however, stated that to produce these Bitcoin holding records would be “unduly burdensome,” and that it was transferred to a blind trust by 2011.

The order in question had asked Wright to produce these records by 1700 ET on May 15.

Wright, while claiming to be the true creator of Bitcoin, had stated that he created the cryptocurrency with Dave Kleiman, something that could be proven by analyzing the early BTC addresses of the cryptocurrency’s creator.

The redacted list of addresses provided by Wright is of particular interest to the community since, according to the WizSec Bitcoin Security Specialists blog, Wright’s Bitcoin addresses presented to the court were simply ‘a copy-paste job.’ Interestingly, the author of the blog post claimed that the person who tipped him off about the similarity was Greg Maxwell, CTO of Blockstream. The blog read,

“We were chatting and speculating that it sounded like Wright just scraped the blockchain for early block reward beneficiaries and claimed those. Well, we dug a bit deeper and it looks like that guess was correct in the most literal way possible.”

The blog presented an unredacted version of the court order that detailed Wright’s motion, with reference to his surrender of public BTC addresses as on December 2013. According to the unredacted content of the order, Wright claimed that he “mined the earliest blocks on the blockchain.”

The order reportedly stated that the “first 70 blocks on the blockchain,” can be identified by Wright. The document added,

“While he continued mining afterwards, Dr. Wright did not keep track of which Bitcoin blocks he mined. Dr. Wright does not know any of the other Bitcoin public addresses.”

The WizSec blog post added that excluding the Genesis Block, the first 70 block reward addresses “line up perfectly with Wright’s redacted list.” The post stated that “educated guesses” can be made to determine the Bitcoin addresses that are redacted, using matching information and corresponding it with the original text.

Based on the similarity of addresses between the unredacted court documents and the block reward addresses from the early days of Bitcoin, the blog concluded,

“What Wright does provide appears to be just a lazy copy-paste from the blockchain, without any cryptographic signatures to support his claims of ownership.”

Regardless of this document, Craig Wright will have to provide transactional records of the blind trust referencing the transfer of Bitcoin in 2011, by May 15 to the Florida District Court.

Given below are the unredacted court documents, 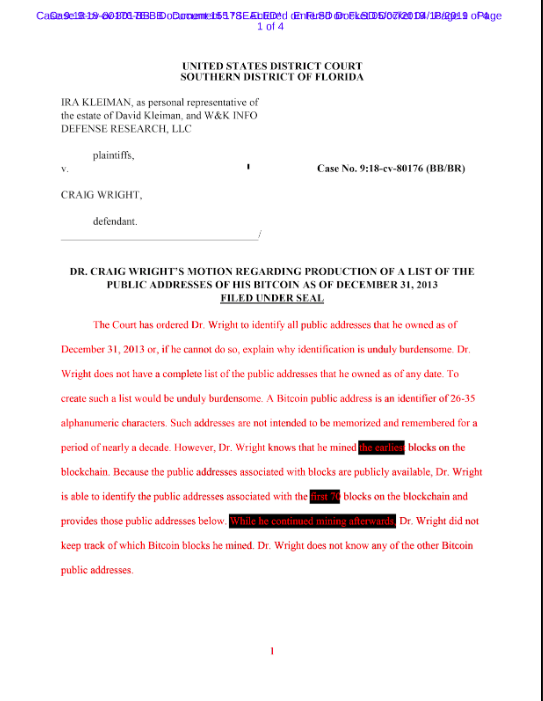 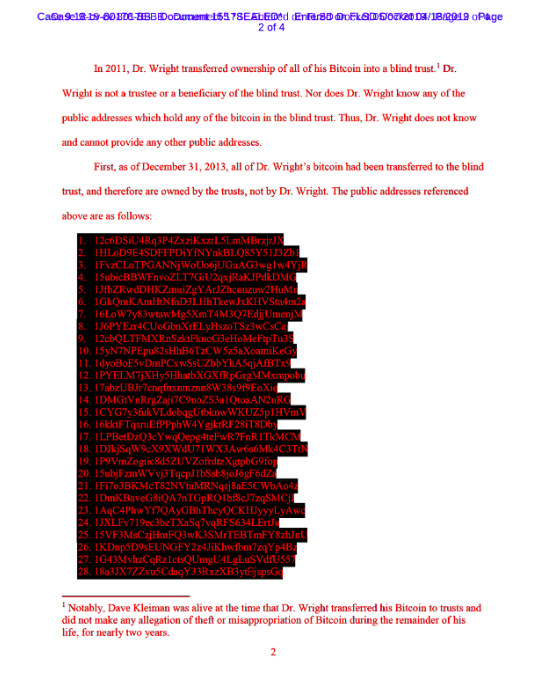 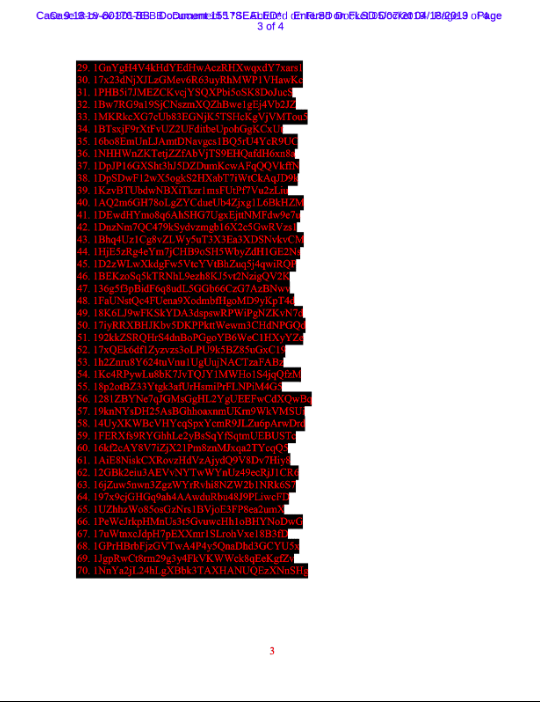