Bitcoin’s resilient bullish rally over the past two weeks lifted the prices of almost all altcoins, owing to the domino effect that the king coin had on the collective market. However, XRP failed to post any consistent improvement in valuation, settling for meager single-digit rises over the past week. On May 14, the tables turned as XRP was pumping by over 20%, while registering a significant market cap of $16.32 billion, at press time.

Though many factors contributed to the sudden surge, the crypto-community attributed the hike to a major development announced by Coinbase, one of the leading crypto-exchanges in the United States. After three months of its launch, XRP was finally made available to trade for New York users on May 13. This meant that investors could now buy, sell, convert, send, receive, or store XRP without any hindrance or restriction. 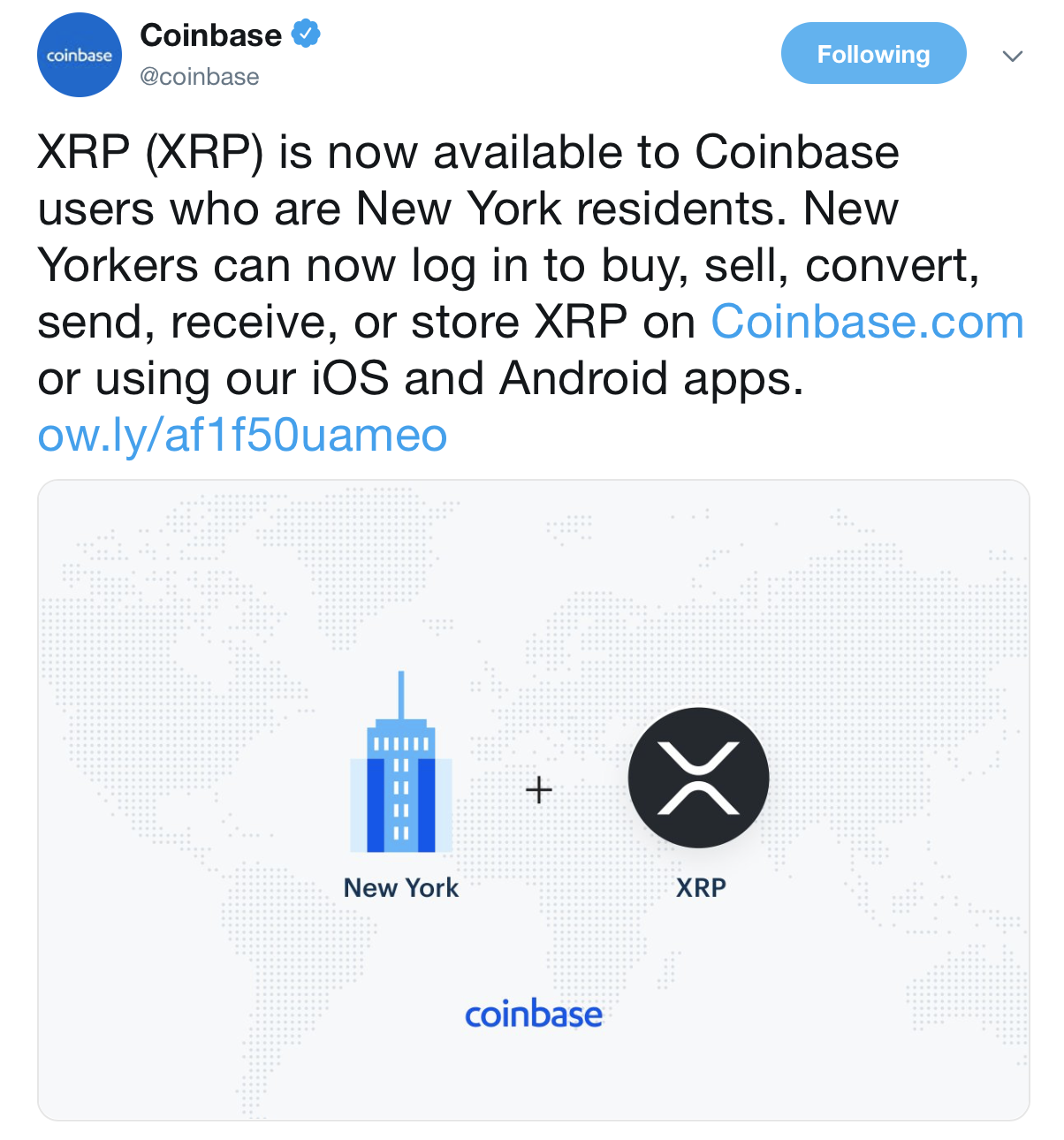 Though XRP was launched on Coinbase in February 2019, users from the state of New York were restricted from trading the cryptocurrency due to issues over destination tags which were necessary to make XRP transfers. Along with New York users, Coinbase users from the United Kingdom have also been restricted from trading the cryptocurrency.

Apart from the development from Coinbase, another reason which was attributed to XRP’s double-digit rally was the cryptocurrency being listed as an exchange-traded note on a German stock exchange, Börse Stuttgart.

“I LIVE IN NYC , YOU KNOW HOW LONG I WAITED FOR THIS TO HAPPEN …. BOOOOOOOOOOMMMM.  READY TO STACK MY BAGS MORE NOW !!!!”

“We have a bitcoin rally that pulled a few coins up including xrp, and then now they announce this… Feels like it was intended at this particular time.”

“When UK? It’s A right royal pain in the a*se that we still have to buy other coins and then transfer to another exchange and then convert to XRP. Muckers!”