Amidst the price rally fever that is gripping the Bitcoin [BTC] spot market, contractual products are continuing to surge. A new report by Bitwise Asset Management, continuing from where their March report left off, attests to the growth of the Futures market, in consequence of the April rally. 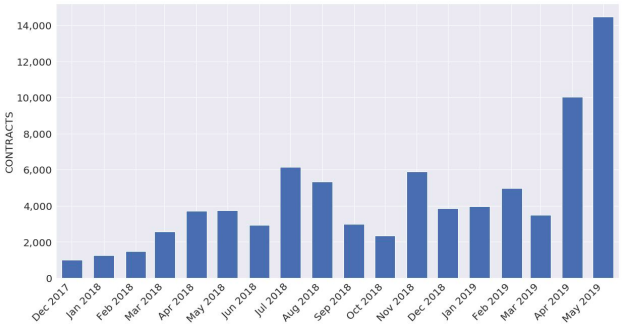 Bitwise also contends the “critical importance,” of the “size” of the BTC futures market, as it is a key factor in the evaluation of the Bitcoin ETF, for which Bitwise is one of two key applicants.

Another key finding of the report, referencing their earlier report detailed the value of Bitcoin futures market to their spot equivalent in terms of “real volume.” The BTC futures market, in April, accounted for 48 percent of the spot market, in terms of “real” volume, and 2.43 percent when the “reported” volume was analyzed. The March report highlighted the futures market to be one-third of its “real “spot equivalent, hence there was a considerable jump to 48 percent noted.

Bitwise also tabled the BTC futures market against their spot competitors based on the individual average daily volumes [ADV] of the exchanges, for the month of April, in each category. On the basis of this assortment, the CME would take the top spot with $257.79 million ADV or 31.35 percent, followed by Binance, $217.6 million ADV or 26.46 percent and Bitfinex $78.16 million ADV or 9.5 percent. CBOE is the only other futures competitor at the 10th spot with $9.86 million ADV or 1.19 percent. 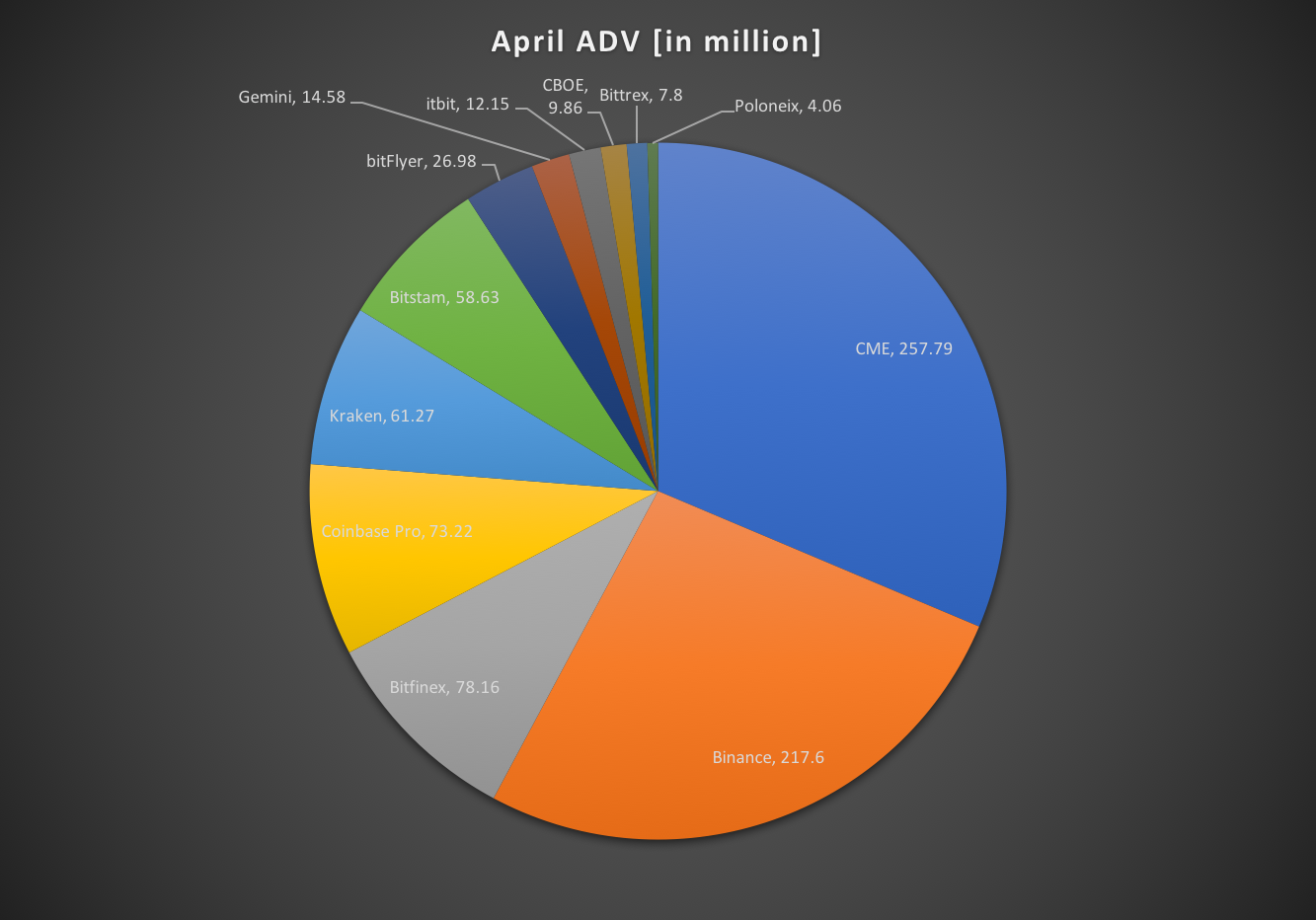 Furthermore, the report charted the “regulated” Bitcoin as a percentage of real Bitcoin spot volume on a month-on-month basis and saw a considerable spike in the past two months, as the price surged. Notably, for the first time since derivative products were launched in December 2017, the Futures market amassed over 50 percent in proportion to the spot market, in May 2018.

Back in March, when the first report was released, the Futures market was less than one-third of their competitor’s value, and grew substantially to over 45 percent in April as prices surged and Wall Street moved on their XBT. With CME, Grayscale and even the phasing-out CBOE seeing their volumes rise, the April push was compounded in May and the proportion rose above the half-way mark. 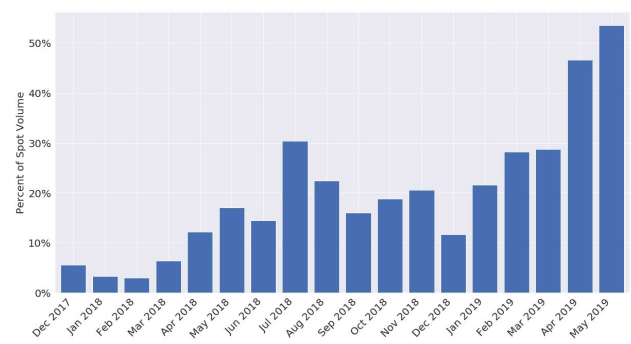 The SEC previously mentioned that one of the key factors behind the ETF approval was the performance of the BTC Futures market and its reaction to the Spot counterpart trading. Addressing this “requirement”, Bitwise concluded: