With Bitcoin [BTC] surging, avenues for price arbitrage and the growth of both the Futures and Spot market have been enhanced. A volatile product, regulatory-skeptical, and coupled with efficient trading infrastructure, would ideally be the perfect formula for effective price disparity.

A recent report by Bitwise however, explains otherwise, posing the BTC Spot and Futures market on opposite ends, but along concurrent lines.

Taking data from the Chicago Mercantile Exchange [CME] as a representative of regulated BTC futures data, the report charts the derivatives price with the “consolidated spot price” of Bitcoin and reveals tracking of price on the two markets. 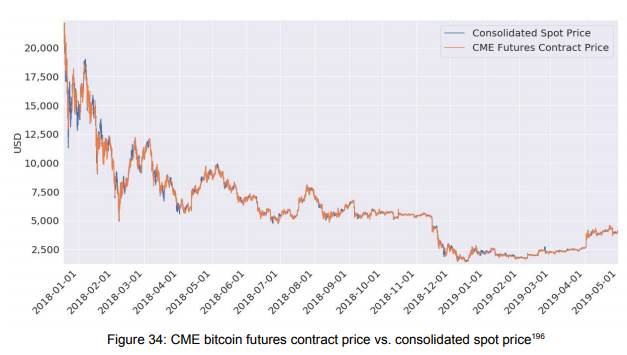 Secondly, Bitwise tracked the price deviation of the CME XBT contracts against the consolidated price since the launch of the contracts, in December 2017. As can be seen from the chart below, the highest deviation of over 1.75 percent in its maiden month has been washed out, with the deviation not rising above 0.75 percent since.

Based on the deviation of the two, the report stated that cases of backwardation, where XBT trades at a lower price than its spot equivalent, is exhibited more frequently than contango, where it trades above. The most prominent backwardation period occurred in November 2018. 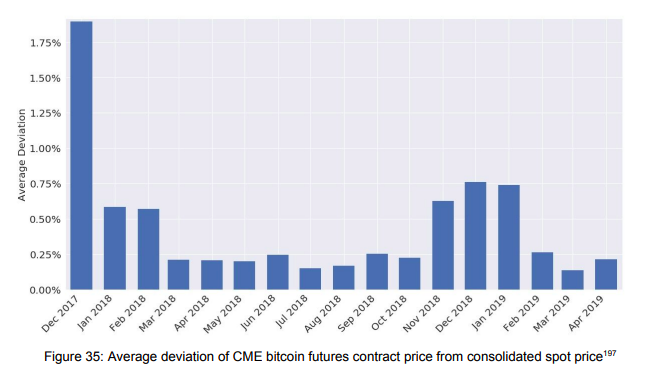 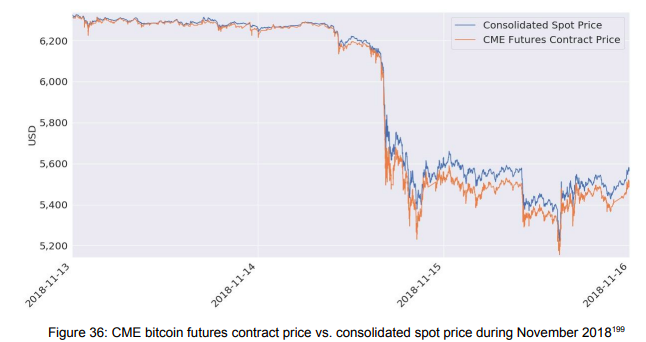 Following the infamous BCH hardfork, the market dipped below $6,000 for the first time in months, driving the futures market into backwardation, which continued till January 2019. During this period, the average backwardation was as high as 0.74 percent, as XBT contracts traded at a discount.

Hence, during this period [Nov 2018 – Jan 2019], the price deviation was over 0.7 percent. Post this phase, the deviation dropped starkly to 0.25 percent and persisted under this level till the current month.

“The extremely low average deviation between prices during normal months and the rationally constrained deviations during stress periods like November 2018 suggests that institutional-quality arbitrageurs are enforcing strong arbitrage between the CME futures market and the spot market at all times.” 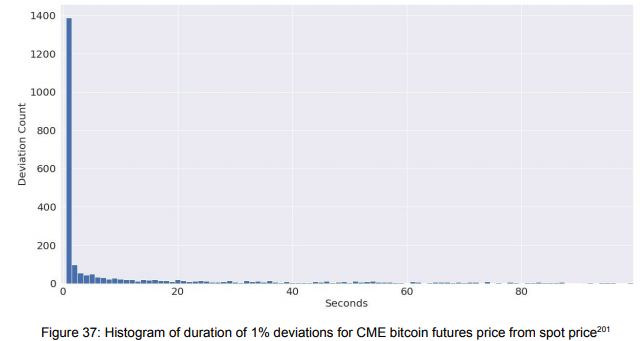 In light of this, Bitwise cited the SEC’s concerns about the market’s divergent movements and stated,

“These results demonstrate that the bitcoin spot price and CME price not only trade closely together but also have their disparities rapidly arbitraged away, meeting both criteria set forth by the [Securities and Exchange] Commission for demonstrating effective arbitrage between markets.”